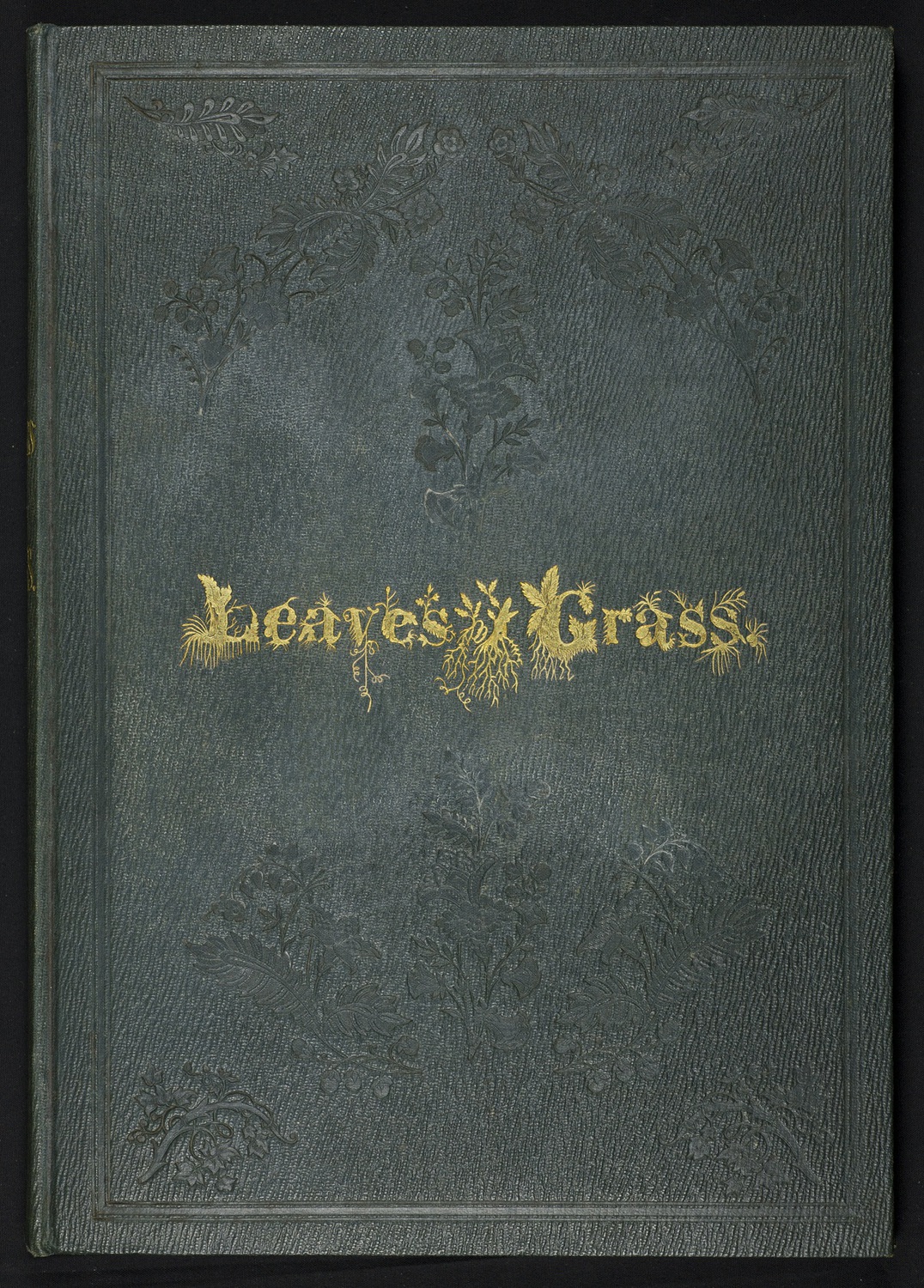 Here is the cover of the first edition of Leaves of Grass, in a presumed second state of binding (Binding B; Myerson  pp. 15-16).  On p.15, l. 10, the missing “I” has been inserted.  The first state of the binding had featured a gold frame around the cover designs and a beautifully gold-stamped spine.  In the second state, shown here, the cover frames now have blind, plain edges, and the spine is blind-stamped, though the title on the front cover is still in gold. The letters of the title are overgrown with foliage; they sprout leaves or spread roots, to the point where the “of,” for example, becomes nearly illegible.  These letters are bursting with creative power.  Whitman’s book generates its own title, just as it generates its author:  both will take root in the imagination of the reader.  Note also the difference between the complex golden title design and the more conventional botanical patterns blind-stamped into the cover:  the branches at the top; the vertical arrangement of flowers that forms a kind of central axis;  the ornamentation at the bottom.  Whitman thus sets the stage for his own poem—for growth of a kind the reader hasn’t seen yet.

Sales of Leaves of Grass were disappointingly slow; Whitman himself doubted that, despite the laudatory reviews he wrote himself, he sold more than ten copies; he claimed he gave away most of the first edition to family and friends (Traubel 2: 116).