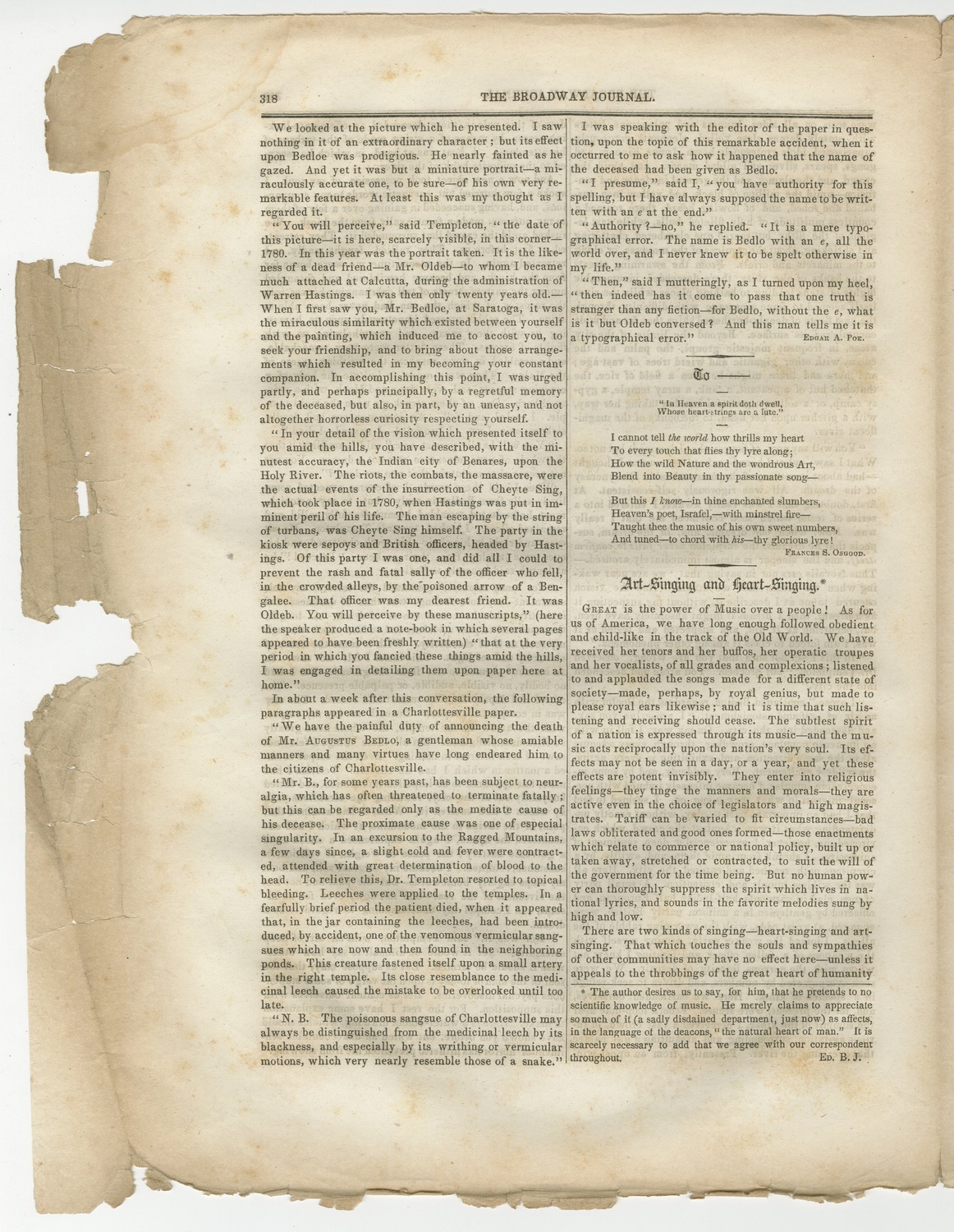 In 1845, Whitman crossed paths with Edgar Allan Poe, if only briefly. Poe was the editor of The Broadway Journal, a "very cordial," quiet man, Whitman thought, well-dressed and kind (i>Prose Works 1: 17). In November of that year, Poe published this article by Whitman about the Cheney family, a quartet of three brothers and a sister from New Hampshire, in the same issue as his own "Tale of the Ragged Mountains." A few pages after Whitman's article, we encounter one of Poe's famous broadsides against Boston and its inhabitants: "The Frog-Pond seems to be dried up--and the Frogs are, beyond doubt, all dead--as we hear no more croaking from that quarter." 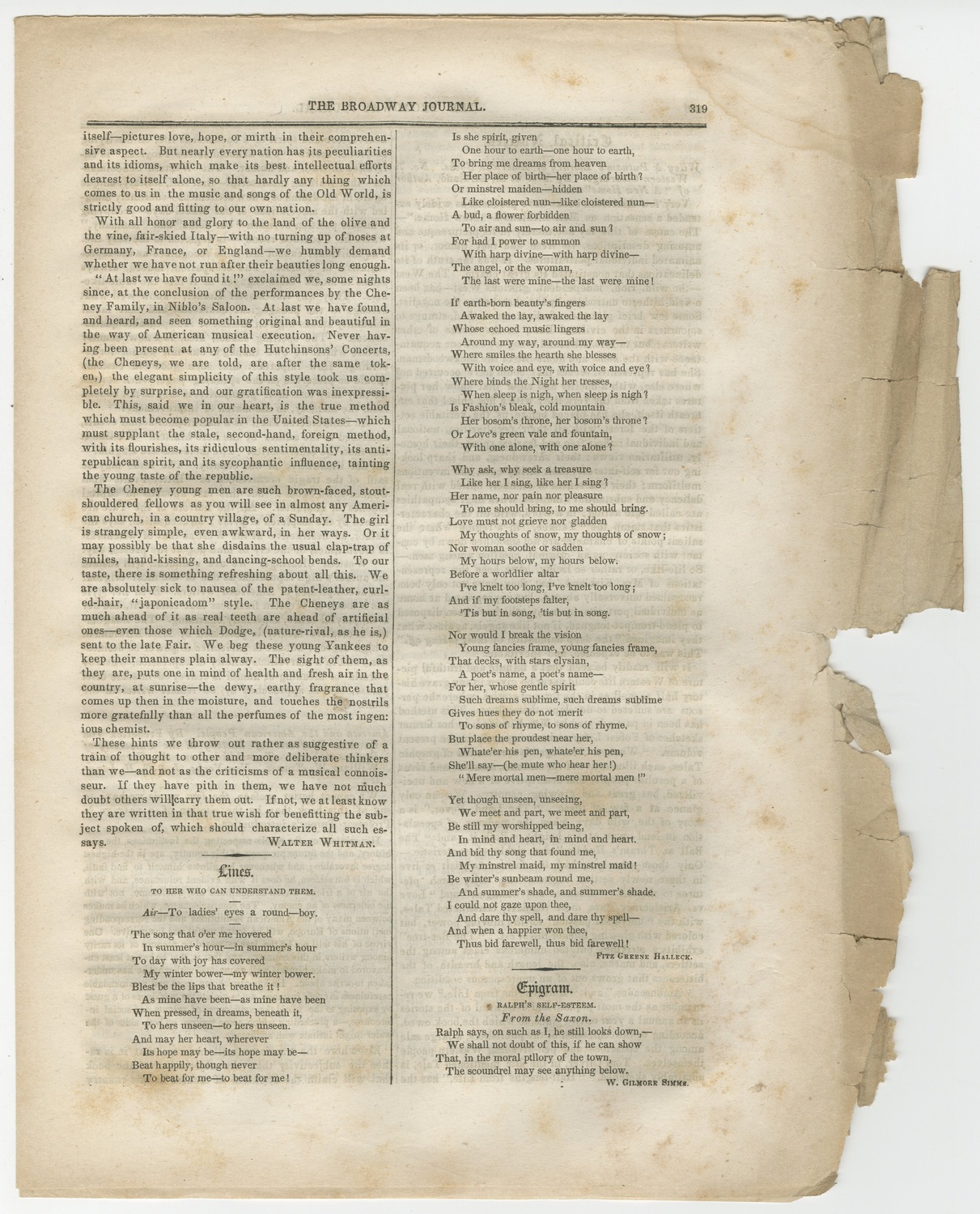 Whitman’s article begins with a rant against opera, an essentially European art form:  “we have long followed obedient and child-like in the track of the Old World.  We have received her tenors and her buffos, her operatic troupes and her vocalists, of all grades and complexions; listened to and applauded the songs made for a different state of society—made, perhaps, by royal genius, but made to please royal ears likewise; and it is time that such listening  and receiving should cease.”  As an example of a new, truly American music he cites the Cheney Family, whom he has just heard perform at Niblo’s garden:  “At last we have found, and heard, and seen something original and beautiful in the way of American musical execution” (p. 310).  A nation’s spirit is expressed through its music, an assessment editor Poe shares:  ”It is scarcely necessary to add,” writes Poe in a footnote, “that we agree with our correspondent throughout.”