Don Cornelius Belton, born in 1956, grew up in Philadelphia’s Strawberry mansion neighborhood, just around the corner from John Coltrane. The son of a factory worker, he attended Bennington and Hollins College, became a writer and taught literature and fiction writing at institutions such as the University of Michigan in Ann Arbor, Macalester College, and the University of Pennsylvania.  Among his influences he listed Herman Melville, James Baldwin, the “Biblical writers,” singer Diana Ross and, especially, Toni Morrison: “I have taken her images into dreams from which I awoke singing or crying.”  Don Belton’s novel Almost Midnight, published to critical acclaim in 1986, was followed by the landmark anthology Speak My Name, published by Beacon Press in 1995, a collection of personal reflections by black men on masculinity and the American Dream.  Don’s essays and reviews appeared in Transition, the Philadelphia Inquirer, the Indiana Review, and The Advocate.  In July 2008, Don Belton joined the Creative Writing faculty in the English Department at Indiana University and quickly became a fixture in the Bloomington community.  On December 27, 2009, his life was violently taken away by a friend he trusted. 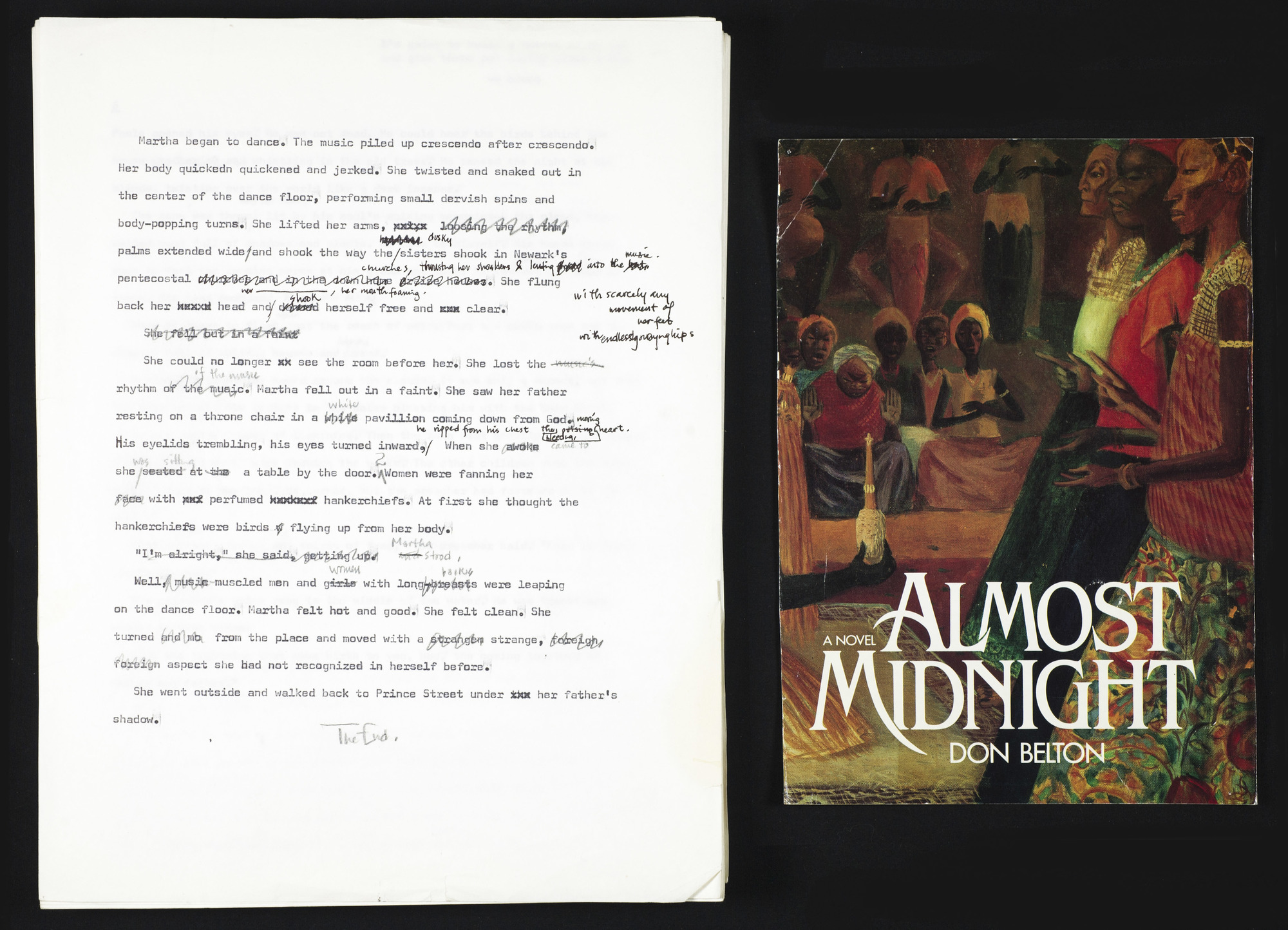 Published in 1986 by Beech Tree Books, the novel, set in the Hill section of Newark, New Jersey, tells the life of the dying preacher Daddy Poole through the eyes for four women associated with him. Even at the end of the novel, Daddy Poole, the founder of the successful “Metaphysical Church of the Divine Investigation,” remains mysterious.  As this final page from Belton’s novel shows, even after his death Daddy Poole’s shadow will continue to dim his daughter Martha’s path. 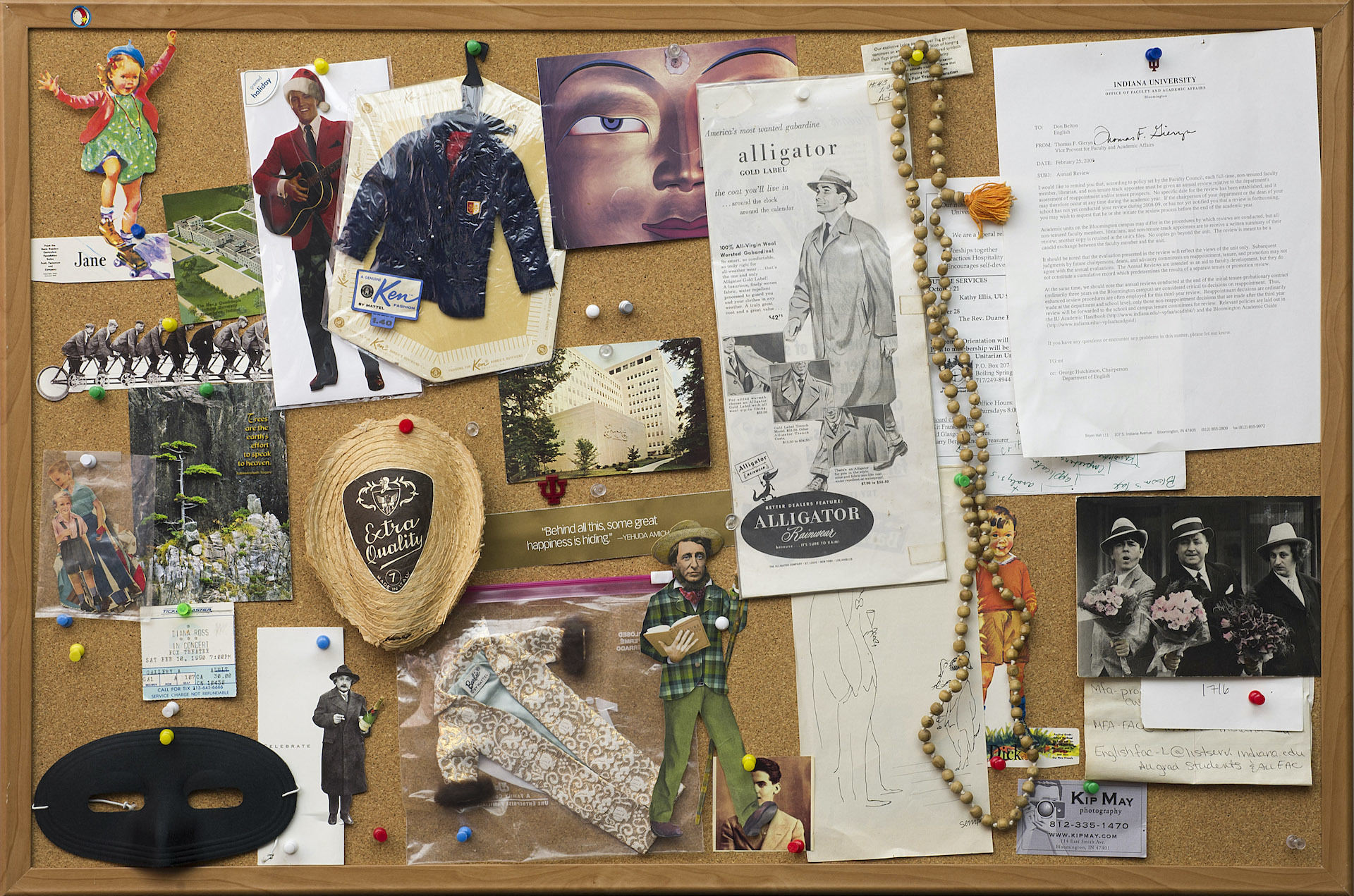 From Thoreau to Charlie Chaplin to the Three Stooges to, finally, Diana Ross:  the pin board, retrieved from Don’s Indiana University office after his death, offers a glimpse at the comprehensiveness of his interests.