We currently do not have holdings in our libraries for the following luminaries. However, we aim to highlight the contributions made by these luminaries by providing a biographical sketch in the hopes that it will inspire further scholarly work. 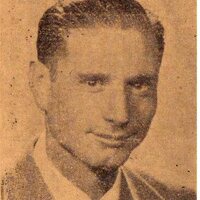 Juan Carlos Lazzarino was a musicologist, professor, and performer who was a strong advocate for the dissemination of Uruguayan music. In the 1970s, Lazzarino established the Primera Escuela Uruguaya de Música and hosted the radio show “Festival de Acordeones,” which was meant to educate children about art music. In his musicological work, Lazzarino focused on the lives of composers Carlos Gardel, José Batlle y Ordóñez, Juana de Ibarbourou, as well as the general history of music in Uruguay. He also established one of the first large-scale music printing operations in Uruguay that employed an elaborate system of matrices, which ultimately became Ediciones Musicales Astral (E.M.A.). In order to promote the work of Uruguayan authors, artists, composers, and musicians, Lazzarino also formed the label “Patria,” which was meant to promote music by Uruguayan composers and musicians. He was also an avid fan of the sports club Club Atlético Peñarol and was posthumously named an honorary member in 2007. 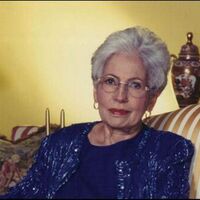 A composer, pianist, and professor, Margarita Luna led a musical career in the Dominican Republic and New York. She began her studies in piano with Juan Francisco García and subsequently studied piano, organ, composition, and counterpoint with Manuel Rueda, Manuel Simó, and Juan Urteaga. In 1964, she came to New York and studied piano and composition at the Juilliard School with Hall Overton. In addition, Luna received training in ethnomusicology from the Instituto Interamericano de Etnomusicología y Folklore (INIDEF). In 1953, Luna founded the Conservatório Musical José Oviedo García and served as director for ten years. Between 1965 and 1975, she served as Professor of Analysis and History of Music at the Conservatorio Nacional de Santo Domingo. As a composer, she wrote several notable works for orchestra, choir, piano and other mediums. She often drew inspiration from folklore in her compositions and frequently utilized serialism, and her compositional techniques were highly influenced by those of Hindemith and Bartók. Her most notable works include Tres piezas para piano, Miniaturas quisqueyanas, and Tres preludios. In addition, her composition Cambiantes is credited as the first dodecaphonic work written by a Dominican composer. She served as director for several prominent conservatories and institutions, including the Centro de Cultura de Santiago (1979-1982), the Conservatório Nacional de Música da República (1984). She passed away in 2016 in Canada, where she had resided for two decades.