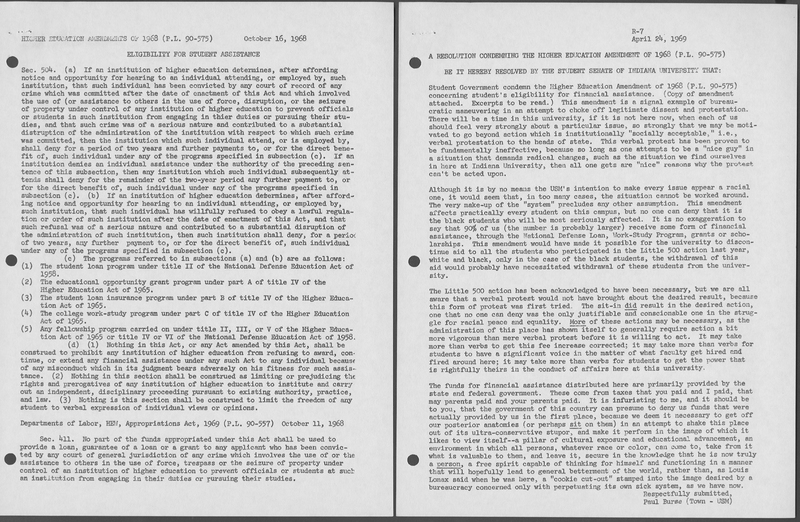 Student Senate resolution condemning the Higher Education Amendment of 1968, which allowed for a student's financial aid to be taken away if they were convicted of a crime involving the disruption of University business. Students saw that amendment as a way for administration to squelch any sort of dissent on campus. In the wake of the fee increases of 1969, financial aid became critical to a much larger segment of the student body.

Go to the finding aid