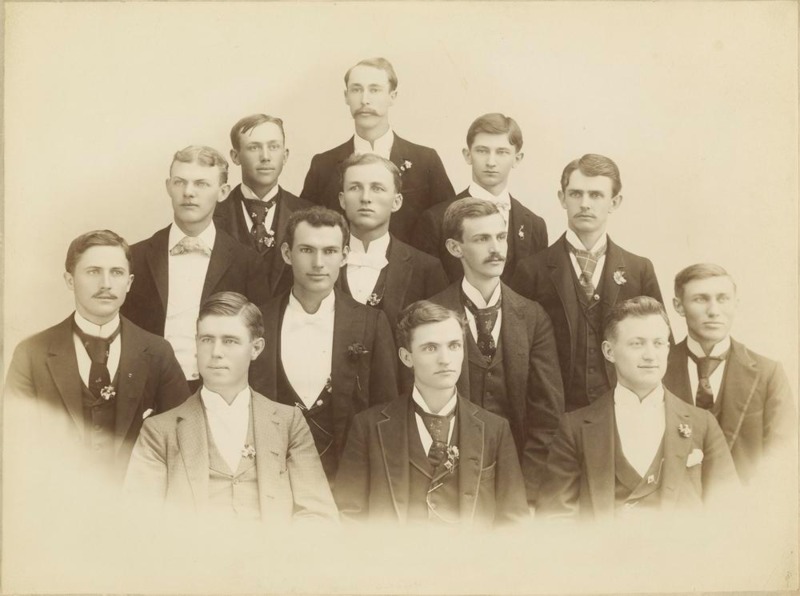 The Jawbones was a senior class fraternity formed at I.U. in the spring of 1888.

Based on names written on the back of this print, articles about The Jawbones in the February 1892 & May 1892 issues of The Indiana Student (a.k.a. Indiana Daily Student), and the fact that the club was limited to seven members, it seems clear that this image was probably shot in May of 1892 when members for the following year were chosen.