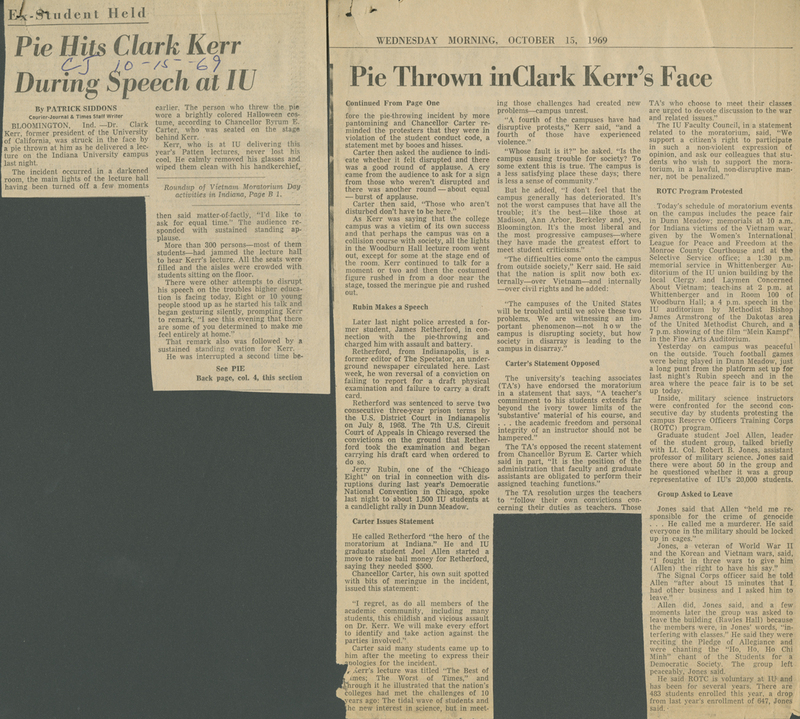 Newspaper article describing an incident wherein the former president of the University of California, Clark Kerr, was attacked with a pie while delivering a speech at IU. The assailant was Jim Retherford, onetime IU student and former editor of the underground leftist newspaper The Spectator.