About Pauline Montgomery and the Indiana Tombstone Photographs 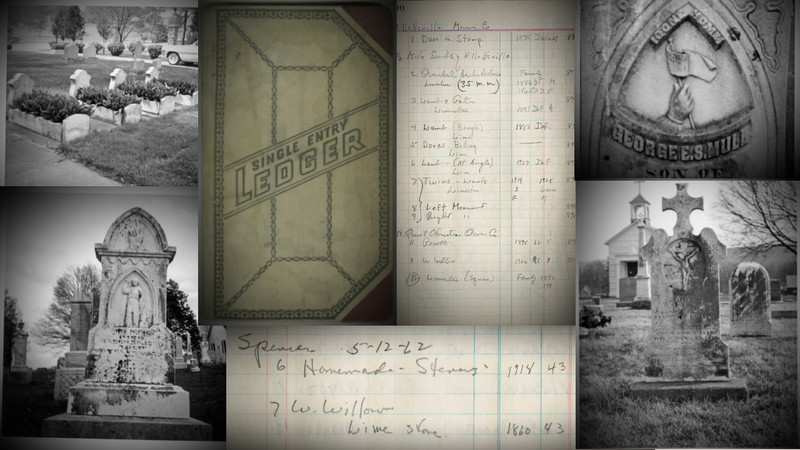 Pauline Montgomery (1903-1982, née Woodward) was an educator, historian, and writer based in Cambridge City, Indiana (Wayne County). Montgomery was a graduate of Ward-Belmont College and conducted graduate work at Indiana University, the College of William and Mary, and Bread Loas School of English in Vermont. Montgomery was deeply dedicated to documenting and preserving local histories in the state. She taught Latin and English for 40 years in Clarksburg, West Virginia, and Richmond, Connersville, and Cambridge City, Indiana. In 1974 she published Indiana Coverlet Weavers and their Coverlets (Hoosier Heritage Press), which detailed the lives and work of weavers during Indiana's 19th century pioneer period.

Montgomery was active in many community and history organizations, including the Society of Indiana Pioneers and 50 years in the Daughters of the American Revolution. She and her husband, Robert Montgomery, initiated a restoration project for the Capitol Hill Cemetery in Cambridge City in 1975. They were jointly named Cambridge City Citizens of the Year in 1978.

Montgomery and her husband traveled across Indiana (especially its southern and eastern portions) in the 1960s documenting tombstone iconography. During this time, Montgomery amassed around 1,600 photographs of cemeteries and tombstones, with a particular focus on remarkable iconography and handicraft. She also documented these photographs in a detailed ledger that included cemetery locations, tombstone description notes, and the names, death dates, and ages of those memorialized.

Montgomery bequeathed her collection of photos and negatives of Indiana tombstones and the accompanying ledger of descriptive records to the Indiana University Folklore Department. The department received the collection after her death in 1982; the collection was transferred to the Indiana University Archives in 2003. In full, the archival collection contains roughly 1,600 photographs and corresponding negatives, two ledgers, and Montgomery's will. Ashley Howdeshell completed processing the materials in 2010, and since then the entire collection has been digitized. The finding aid for the Pauline Montgomery Indiana tombstone photographs and records (C386) is available here. The collection of digitized photographs is available here.