As the fall 1969 semester got underway the previous spring’s demonstration of student unity seemed to be something of a distant memory.  The climate was changing on campus, with many of the student leaders who had led past protests gone on to other endeavors.  The failure of the fee hike protests to do anything about tuition costs also disillusioned many student activists, with some advocating more violent actions and others simply staying quiet.  This changed, however, when New Left leaders across the country called for a nationwide Moratorium to End the War in Vietnam.  At IU, longtime leftist student leader Joel Allen led the push for a day of demonstrations on October 15.  He even received the blessing of the IU Faculty Council, which assured students that they would not be punished for missing class on that day.  Events kicked off early, with a number of marches and a candlelight vigil the night prior to the official moratorium.  Some 3,500 students showed up at Dunn meadow to hear Jerry Rubin, veteran of the Democratic National Convention protests in Chicago, speak about his views on the war.  The ROTC, a target for leftist students, was at the center of several different protests on both the 14th and 15th.  During one such protest the glass door to Rawles Hall, then the home of the ROTC, was broken by some of the students.  Glass was also broken by unknown persons at another campus building, but no other violence was reported.

The Moratorium happened to coincide with the arrival of that semester’s Patton lecturer, former University of California President Clark Kerr.  As a key administration figure during the Berkeley protests of previous years, Kerr was a natural target for those who advocated student power.  On the evening of the 14th Kerr gave his inaugural lecture to a packed house in Woodburn Hall.  Suddenly, the lights turned off, and a figure in a devil costume ran up to the podium and threw a pie into Kerr’s face.  He took it in stride, calmly wiping his face and continuing with his speech.  The assailant, former IU student and editor of The Spectator Jim Retherford, was arrested and taken to the Monroe County Jail.  When students assembled in Dunn Meadow got word of the incident, Retherford was declared a hero.  Around 1,500 students, led by Joel Allen, marched to the jail, posted Retherford’s bail, and carried him triumphantly back to campus on their shoulders.

The combination of the night’s events and the vandalism of the following day would prove costly for Allen.  For years he had been an outspoken advocate for leftist causes and had served as the de facto leader of the local chapter of Students for a Democratic Society.  Within a week of the Moratorium events Allen was suspended from his TA post for “professional misconduct.”  No clarification of just what this constituted was offered despite repeated requests from student leaders and the press.  The message was clear, however; he was guilty by association in both the Rawles Hall and Retherford incidents.  Allen was still facing charges for his participation in the Ballantine lock-in the prior spring, and these latest incidents only further undermined his status with the administration.  Student leaders rallied to his defense, but to no avail.  The student unrest of the past few years had done much to empower students at IU, but that power still had distinct limits. 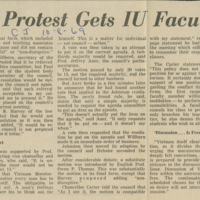 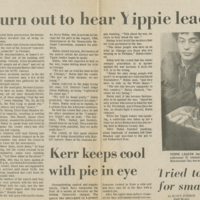 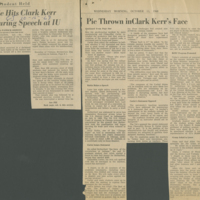 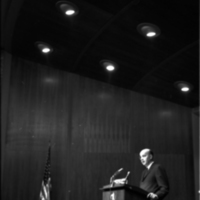 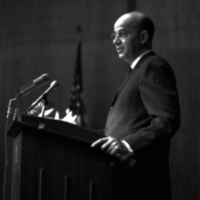 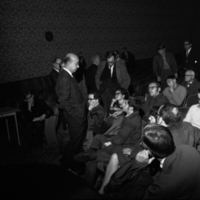 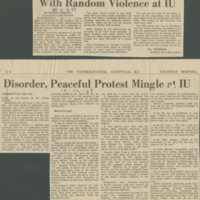 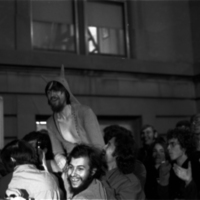 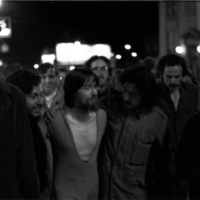 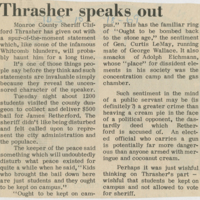 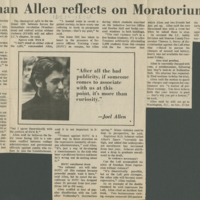 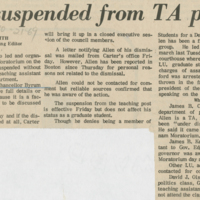