On the evening of Thursday, May 8 1969 a group of students, faculty and administrators met in the Ballantine Hall faculty lounge to discuss student demands related to proposed tuition and fee increases and the possible end to the class boycott (for more details about that event see the “1969 Fee Hike Protest” page).  Among those present were IU student body president Paul Helmke, grad student leader Joel Allen, IU Acting Chancellor John W. Snyder and IU Vice-President David R. Derge.  At around 11 pm a group of over 100 African-American students, led by Clarence “Rollo” Turner, entered the room.  They demanded that a meeting of the Board of Trustees immediately be convened so that the students could discuss the fee hike situation with them.  While the announced 67% fee increase scheduled for the Fall stood to effect a great number of students, it was felt by many that it would impact the African-American community particularly hard.  Black student leaders such as Turner saw the fee increase as a way to prevent many young African-Americans from going to college.  Black students took up positions around the doors and windows of the room, and refused to allow anyone to leave until the Trustees arrived.  The situation was tense, and although no physical violence was threatened, the scenario had the potential to turn ugly.  Something remarkable happened, however, after the initial stand-off.  An open dialog began to flow between the assorted groups, with administrators speaking frankly about the budget problems they faced, and students expressing their serious fears about what the fee hikes would mean for their education.  For the first time during the protests of the previous week it seemed as though administrators, faculty and students were actually listening to one another.

While things in Ballantine had settled down, the same could not be said for events outside of the building.  Vice-President Derge, who had left the meeting about an hour after the arrival of the black students, contacted local police about the situation.  Indiana Governor Whitcomb was contacted as well, and he summoned additional state police to Bloomington.  As police geared up and prepared to storm the building, the students inside were alerted by an anonymous telephone call, and they decided to open the doors before a violent confrontation took place.  Chancellor Snyder and other administrators assured the students that they would arrange a meeting with the trustees.  Owing to the productive discussion over the last few hours, the students took this statement in good faith, and the meeting disbanded at around 2:30 am.  When the meeting with trustees took place three days later Rollo Turner was not invited, however, and student leaders declared that administrators had not fulfilled their end of the bargain.

In the days and weeks that followed opinions about the lock-in were sharply divided.  Student groups by and large applauded the open discussion and saw it as a step in the right direction.  Faculty and administrators who had been present released a statement in which they argued against treating the event as a criminal act, and pointed out the positive aspects of the evening’s dialog.  Vice-President Derge, Bloomington Mayor John Hooker and Monroe County Prosecutor Thomas Berry felt differently, however.  Soon indictments were brought against nine of those involved, including Rollo Turner, Kenny Newsome, Joel Allen and even IU Professor Orlando Taylor, who had spoken on the black students' behalf during the incident.  All those accused were eventually found not guilty. 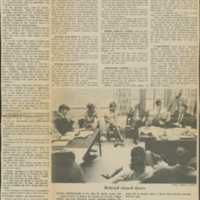 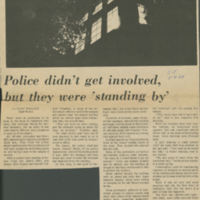 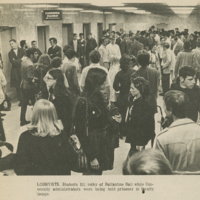 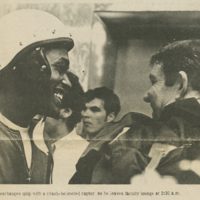 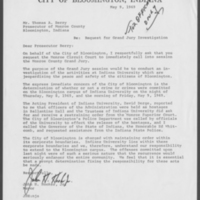 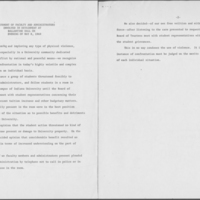 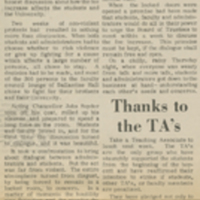 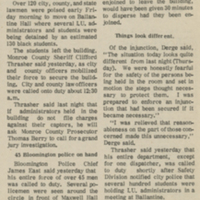 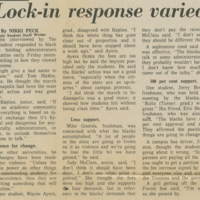 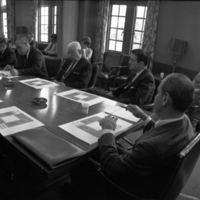 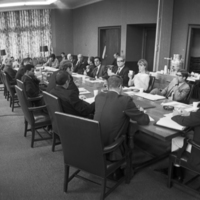