On October 31, 1967, just a day after the Dow sit-in at the IU Business School, United States Secretary of State Dean Rusk arrived on campus to give a scheduled speech.  As a major shaper of President Lyndon Johnson’s Vietnam policy, Secretary Rusk was a natural target for anti-war protests on many campuses he visited.  In the lead-up to his visit leaders from a number of different left-leaning student organizations on campus worked to plan an organized protest.  Flyers and signs were created and handed out prior to Rusk’s speech.  Outside the IU Auditorium demonstrators (both students and some faculty) carried anti-war signs.  These were met by even greater numbers of administration supporters carrying signs of their own.  Inside the packed venue, around 200 protesters wore “peace” armbands and heckled Rusk with cries of “Liar!” and “Murderer!” at key points in his speech.

Unlike the chaotic Dow Chemical sit-in of the day before the protest did not result in any physical confrontations or arrests.  Public reaction to the demonstrators was decidedly negative, however, as students, professors and townspeople alike felt that the heckling during the speech had crossed a serious line of decorum.  Midwestern values notwithstanding, members of the New Left would continue to use confrontational tactics in the years to come to protest against American involvement in Vietnam. 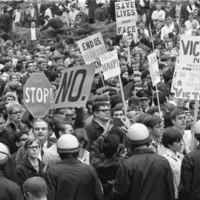 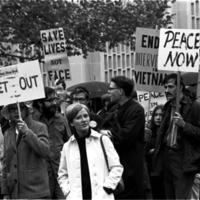 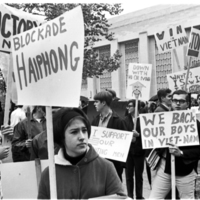 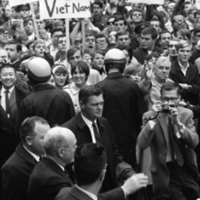 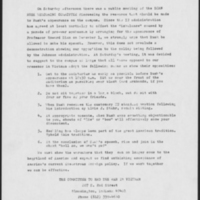 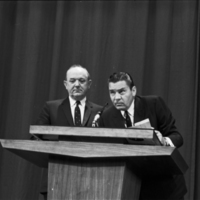 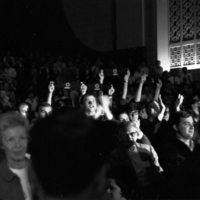 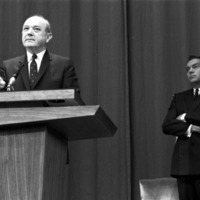