On October 30, 1967 recruiters from the Dow Chemical Company came to Bloomington to conduct interviews with IU students. Dow was frequently a target of protests due to its production of napalm for use by the US military in Vietnam. Less than two weeks prior a similar recruiting visit to the University of Wisconsin had led to violent clashes between protesting students and police, and IU security officials were on edge.

On the day of the visit about 35 students showed up at the business school where interviews were being conducted and asked to speak with Dow representatives.  When this was refused the students forced their way into the lobby area outside of the interview rooms and staged a sit-in. Bloomington police were called, and when they arrived all the students were arrested, some being beaten severely when they refused to leave.

Reaction to the incident varied: the board of trustees and faculty council applauded the swift action taken by the administration, but the student senate, numerous individual faculty members and the student body at large widely condemned it.  The main issues of contention were that the students faced punishment from both the university and civil authorities and that Bloomington police were allowed on campus.  IU President Elvis Stahr and Dean of Students Robert Shaffer placed students involved in the incident on disciplinary probation, with the threat of expulsion for any further disturbances.  Additionally, notice was given that any students violating university rules on demonstrations in the future would face immediate suspension.  Student groups were outraged at the summary judgment, and they felt the punishments had been meted out without due process.  Twelve protesters were found guilty of disorderly conduct in local court, while one protester was convicted of assault and battery against a police officer.  The incident would prove emblematic of Stahr’s tumultuous tenure in office, and would serve as a catalyst for additional debate over students' rights in the years following. 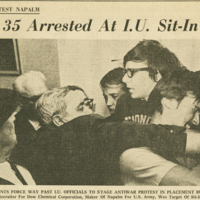 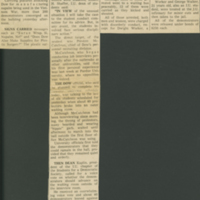 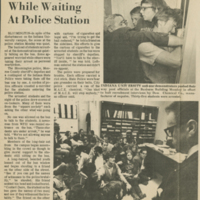 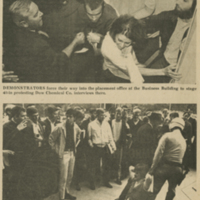 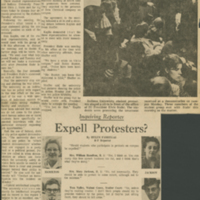 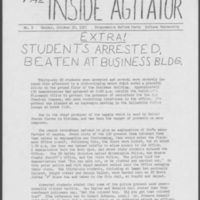 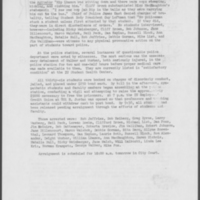 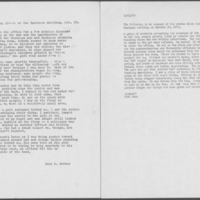 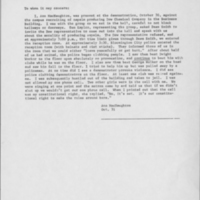 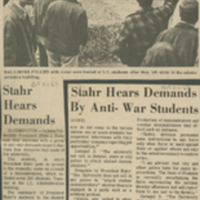 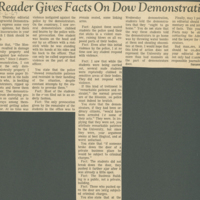 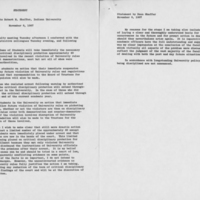