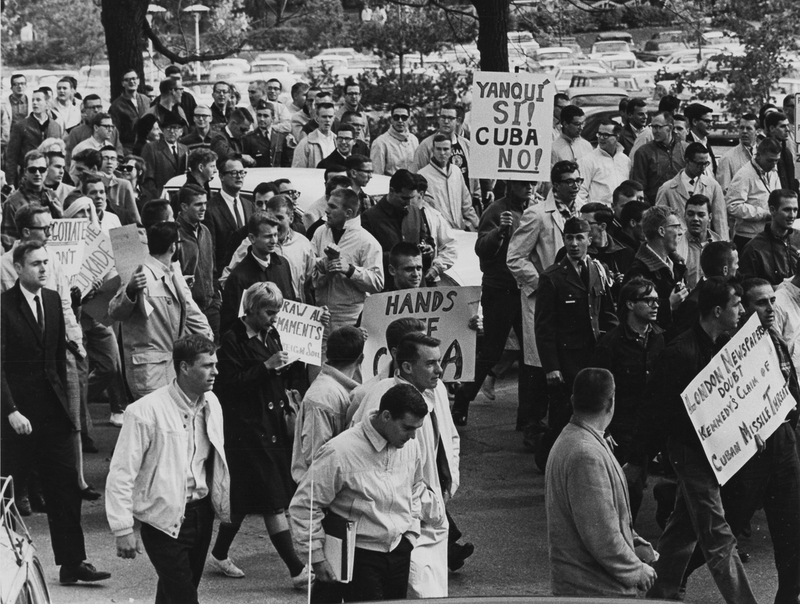 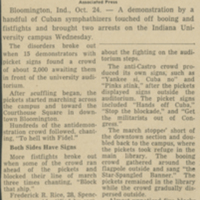 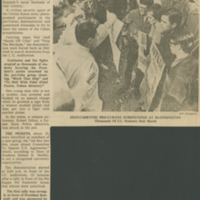 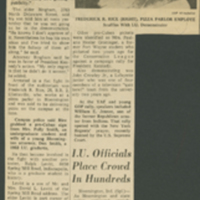 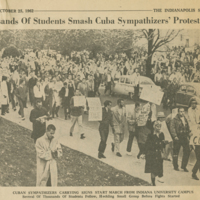 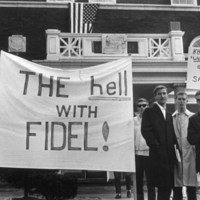 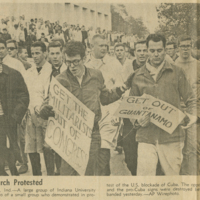 On October 24, 1962, members of the Ad Hoc Committee to Oppose U.S. Aggression in Cuba staged a protest of President Kennedy's naval blockade of Cuba. Denouncing the blockade as a belligerent and imperialistic action, approximately 30 members of the recently assembled student group marched through the IUB campus towards Bloomington's courthouse. At the same time a pro-blockade rally was held by members of the conservative group Young Americans for Freedom.  Although that group carefully chose to assemble far away from the other demonstration, thousands of unaffiliated students (reports on the number of students vary widely) soon assembled to follow and heckle the small anti-blockade group. As the protesters moved on to Kirkwood Avenue they were assaulted by a non-student who worked at a local pizza parlor. Further scuffles soon broke out, and the group retreated back to the main library building on campus. Within a few hours both the crowd and protesters dispersed.

While this incident was short-lived, it served as a harbinger for future events at IU. Shortly thereafter the Young Socialist Alliance (YSA) came under fire from Monroe County prosecuting attorney Thomas Hoadley. Hoadley alleged that the activities of the student organization were in fact subversive, and thus illegal. The University stood behind the group, recognizing their right to assemble. After four years of legal wrangling all charges were dismissed, but the battle lines had been drawn. The YSA students were emblematic of a new type of student, who would increasingly have a voice in campus activities as the decade advanced.