Women, especially the daughters of faculty members and those attending the Monroe Country Female Institute, were allowed to attend some lectures at IU begining in the 1850s.  The first woman student and graduate was Sarah Parke Morrison.

Sarah Parke Morrison attended Mount Holyoke Seminary, graduating from that institution in 1857.  She went to Vassar College, where she was a student and teacher, and later attended Williams College to do post-graduate work.  After studying at Williams, Sarah with the support of her parents prepared an appeal an the IU Board of Trustees to admit woman.  The Trustees could not find any clause that barred women from entering the University, so they declared women could enter under the same terms as men.  Sarah, at 34 years of age and with years of education behind her, had no desire to attend IU and hoped some other woman would step forward.  When none did, she decided to enter as a freshman in the fall of 1867.  Sarah completed the four year program in two years, graduating in 1869.  Four years after her graduation, she was appointed tutor and in 1874 became IU's first female faculty member when she was named adjunct professor of English literature.  She stayed at IU for one more year, at which time she left for to pursue other interests.  Sarah remained an active alumna of the University and frequently wrote the Board of Trustees inquiring why women had not been appointed as members of the various University boards.  To voice her protest she began returning her alumni ballot for the Board of Trustees election marked "for some woman."  Sarah Parke Morrison died in 1919 and is buried in Indianapolis.  For more information on Sarah Parke Morrison, please consult the finding aid to her papers at:  http://purl.dlib.indiana.edu/iudl/findingaids/archives/InU-Ar-VAA2618

Statistics on women graduates at IU:

Regulations relating to women's conduct in the 19th century were certainly strict by today's standards.  For example in 1890s freshman women could only have "social engagements" on Fridays, Saturday or Sunday.  For upperclass woman, Wednesday night was added.  Men callers could only be received in the "parlor and front room" from 2 pm until 5 pm and 7 pm until 10:30 pm.  Women students were not allowed on the downtown streets after 9 pm and could not drive in carriages after sundown unless properly chaperoned.  In order to ride in a carriage outside the city limits, an IU woman student had to have permission from an IU administrator. 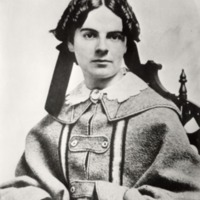 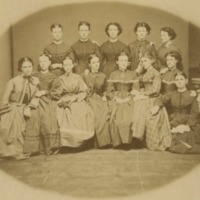 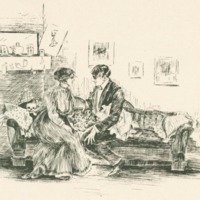 ← Student and Faculty Population
Travelling to Bloomington →
Women at IU