The story begins in 1816.  It was in that year that Congress donated a second congressional township in Indiana for the purposes of higher education.  This township was located in what two years later became Monroe County.

The next significant year is 1820.  On January 20th of that year, Jonathan Jennings, the first governor of Indiana, signed the bill which authorized the establishment of the State Seminary at Bloomington.  Many reasons were given for Bloomington’s selection, such as “fertility of soils, a healthy climate, its central location, and distance from the Ohio River." The Indiana Assembly asked the newly appointed IU Trustees to select a site for the new institution and to erect “a suitable building for a State Seminary and also a suitable and commodious house for a professor.”

During the summer of 1820 the Trustees selected a site “about one-quarter of a mile due south from Bloomington, on a beautiful eminence and convenient to an excellent spring of water.”  The site consisted of 11 acres and was  1/4 mile south of the newly constructed courthouse, at the end of College Ave.  However only one-half of the area was suitable for building sites due to the stream flowing through the property.  In 1822 construction began on a seminary building and a professor's house.  In 1823 Baynard Rush Hall was hired as the first professor to teach in the Seminary.  In 1825 the first classes were held on the new campus.

After a fire in 1883 destoyed Science Hall on the Seminary Square campus, the decision was made to rebuild and stay in Bloomington, but to relocate to a larger property.  Immediately thereafter, the search for a new site of forty or fifty acres began.  However, none of the proposed sites was perfectly satifactory.  One site, Dunn's Woods was too expensive at $400 an acre; another site, the cheaper 30 acre Milligan tract was too far from town, and other places were equally undesireable. Eventuall the Dunn Family site was chosen at $300 an acre. The first classes on the new campus were held in 1884.

Here is a list of bulidings constructed on the new campus in the period from 1884-1900. 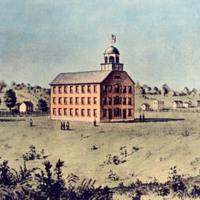 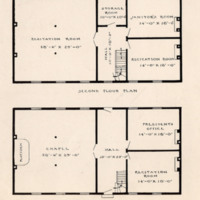 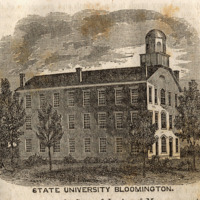 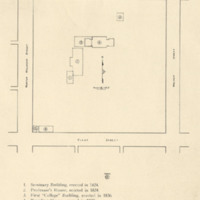 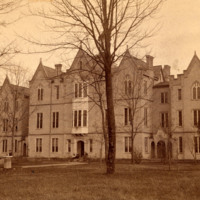 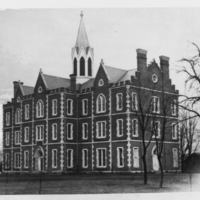 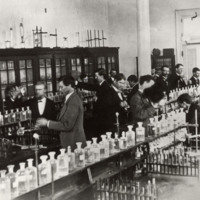 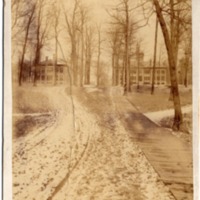 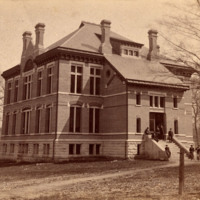 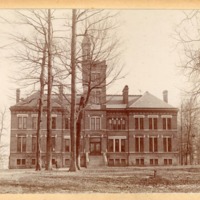 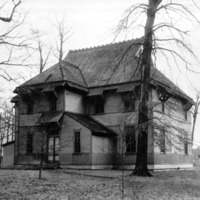