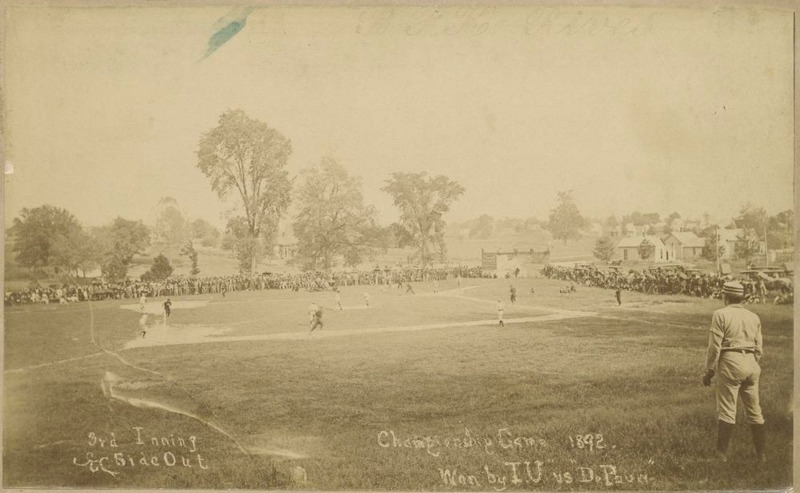 Written on the reverse side of this image can be found the following: "This game was played at Bloomington, Indiana, May 30th, 1892, between the Indiana University and DePauw University, and was the deciding game of the InterCollegiate Championship Series of 1892. There was an enormous crowd and wild excitement. 300 DePauw students went down to witness the game and both sides were determined to win. Indiana University won the game be a score of 13 to 11. This gave her the pennant of 1892."

At present (2012) this is the only known photograph showing what was known as the IU Athletic Park on the old Seminary Campus. The field was located in the southwest corner of the old campus. It was first constructed in 1867 for use by the baseball team. The first known intercollegiate game to take place on this field was held on May 12, 1883 when IU lost to Asbury University by a score of 6-23.