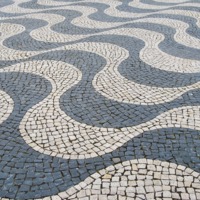 A collaboration between the Latin American Music Center at the Jacobs School of Music and the William and Gayle Cook Music Library and the Iberian and Latin American Collections in the Herman B Wells Library at Indiana University Libraries, the Ibero-American Centennials Project honors cultural luminaries born or deceased in 1920 for their landmark contributions to the arts, humanities, and social sciences in Latin America, the Caribbean, Spain, and Portugal.

The curated virtual exhibition showcases selections of the robust print, electronic, and manuscript collections at the IU Libraries for each of the prominent Ibero-American artists, intellectuals, and writers featured on the exhibition. Selected open-access resources, from original works to scholarly criticism to musical recordings, complement the exhibition. Novice learners and seasoned scholars will hopefully find both scholarly and non-scholarly content for furthering intellectual inquiry and learning on this site.

A view of the picturesque wave-patterned limestone pavement of Praça do Rossio in Lisbon graces the site banner. Introduced to Lisbon in the mid-nineteenth century, this traditional paving method has been adopted in Brazil and throughout the Lusophone world. In Brazil, the iconic Copacabana Beach sidewalk, or Calçadão, is perhaps the best-known example of black-and-white patterned stone mosaics. Reflecting Portugal’s maritime tradition, the wave pattern shown in the image is suggestive of the multiple artistic, cultural, and intellectual intersections not only between countries and nations on both sides of the Atlantic, but also between the IU Libraries’ rich collections and the communities of learners and researchers, locally and globally.

The Ibero-American Centennials Project seeks to promote learning, research, and the use of the IU Libraries collections on campus and beyond as well as to provide new perspectives on Ibero-American artists, intellectuals, and writers as we celebrate their remarkable lifetime achievements on their centennial.