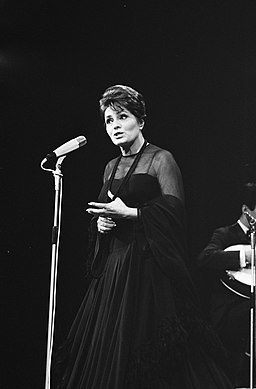 Known as the "Rainha do Fado" ("Queen of Fado"), Amália Rodrigues was a Portuguese singer and actress best known for her passionate and romantic, yet hauntingly tragic, renditions of fado, Lisbon’s traditional form of song. Amália was born in July 1920 in Pena, a parish of Lisbon, Portugal. As one in ten children born into a poverty stricken family, Amália had to sew, embroider and peddle fruits while also working in a sweets factory after her completion of primary school. Since her childhood, Amália demonstrated a talent for singing, debuting formally to great success in 1939 at 19 years old. During World War II, she carried out extended tours for Spain and Brazil, and in 1945, she obtained her first great musical hit with the song Ai Mouraria. After which, Rodrigues began her acting career with the 1947 film Capas Negras, followed by her best known movie, Fado (1947).

As her fame increased, she began to stretch the traditional boundaries of fado, incorporating Spanish and Mexican rhythms into her songs and using contemporary poetry as a source for her lyrics. Amália’s success was undeniable, transforming her into an ambassador of sorts for Portugal, due to the large contributions she made to both fado and the expansion of the Portuguese influence. However, her image was tainted with criticism after the Revolution of the Carnations in 1974, when accusations arose that she had collaborated with the recently toppled dictatorship. Nonetheless, one year afterwards Amália acted in the Coliseu Theater of Lisbon where 5,000 people applauded her performance on foot, demonstrating with this that the public had never truly released her. In Amália’s later years, she received countless decorations and honors both inside and outside of Portugal, including the Grand Cross of the Order of Santiago, Portugal’s highest honor. Amália passed away in her home in Lisbon in 1999 and was later buried with official ceremony, leaving the entirety of Portugal in mourning. Until this day, Amália Rodrigues remains the highest selling Portuguese singer of all time. 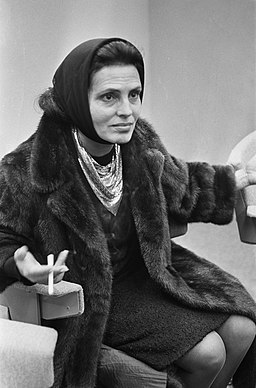 Photo of Amália Rodrigues at Schiphol in North Holland, 1964. 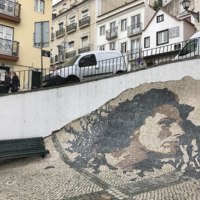 A calçada, or patterned pavement, arranged as a tribute to honor the late Amália Rodrigues in 2015. 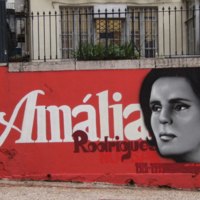 Amália Rodrigues was the author of many of the poems she sang and published on record, some of which are her most important hits. These poems were collected and published in her book Versos. 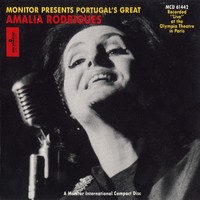 Amália Rodrigues Live at the Olympia Theatre in Paris. 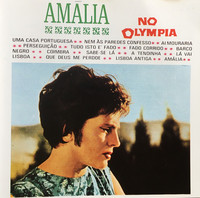 Album cover of Amália No Olympia.

This selection of recordings encompass Amália Rodrigues most well-known works, including The Art of Amália Rodrigues and Amália No Olympia. These works serve to illustrate Amália's musical evolution through her career. These resources are only available to authorized users of Indiana University.

The Art of Amália Rodrigues Vol. I 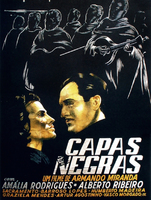 Some resources are only available to authorized users of Indiana University.