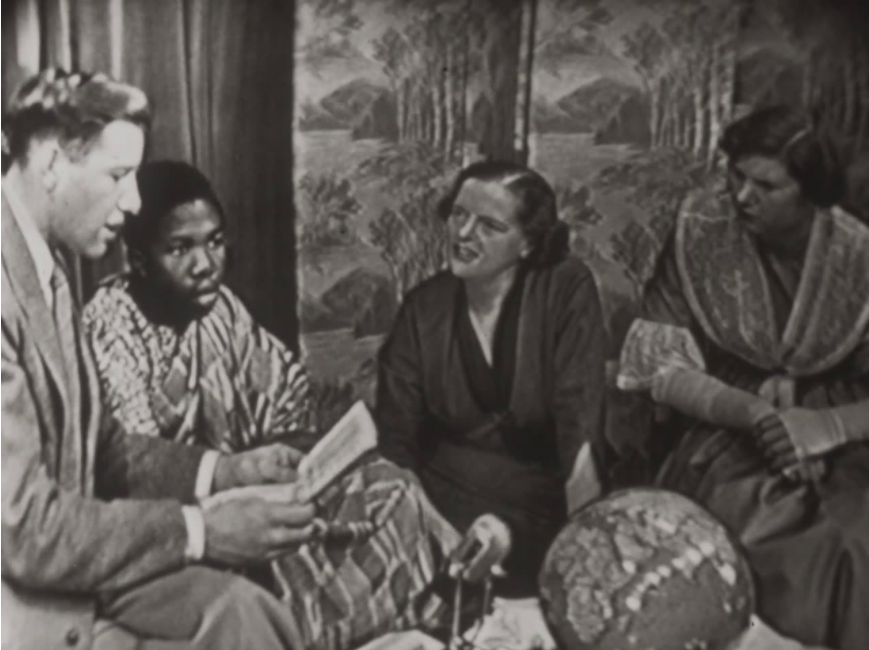 An award-winning wartime correspondent, Helen Hiett Waller was the face of the Forum until her tragic death in a climbing accident in 1961. She polarized people. Some delegates remembered her as kind and encouraging, others as a strong and forceful character, with a journalistic eye for a controversial story. Many said she was a good moderator of the debates, drawing out some people, always with an eye for where she wanted to take the discussion. Others thought she had favorites – she liked the articulate, smart, argumentative delegates, able to hold their own with interesting ideas in English. She could be condescending and dismissive. At the same time, some of the quieter delegates, whose English was not so proficient, also remembered her as motherly and undemanding, suggesting that she certainly regarded all of the delegates as distinct individuals. Whether she accurately discerned who could withstand her more aggressive style was less clear.

The 1959 program featuring one girl from Japan and three boys from Iceland, Denmark and the UK reveals Helen Waller in full interrogative mode. She does not allow any of the delegates to get away with bland generalizations or lazy answers. They are invited to support their arguments with evidence. ‘Why do you say that?’, she asks… Do you really mean that’… ‘But doesn’t that contradict what you just said?’. She is not unfriendly, all was accompanied with smiles and much laughter, but she is persistent.

The Japanese participant defends her position (supporting arranged marriages) against articulate and forceful critiques from the boys and probing questions from Helen Waller. The best moment, however occurs when Waller asks what Americans had wanted to know from the Japanese delegate. They asked me ‘How do you like America’, the Japanese delegate explains, and, although she thinks this is ‘not an easy question to answer in a few minutes’, she tells them ‘I love it’. ‘But’, she adds, ‘I think that Americans are too easily satisfied with my answer’. In Japan, she adds, people would not be satisfied with such a ‘simple’ answer, neatly encapsulating a sophisticated comparison between the US and Japan.