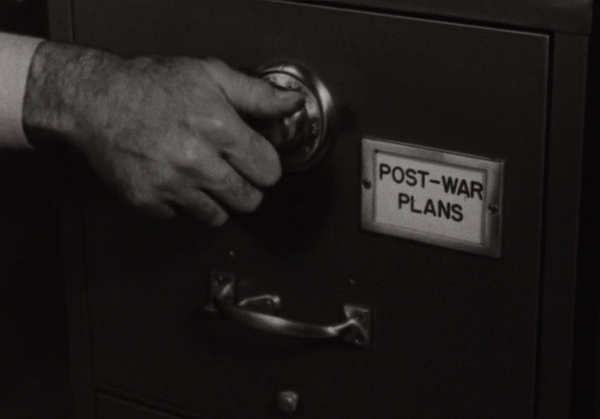 Unlike the company JAHCO shown here, The March of Time's post-war plans failed to live up to audience expectations.

The premiere of Formosa: Island of Promise in August of 1951 marked the end of the series. Having seen Americans through the Great Depression, a world war, and the rise and fall of a multitude of nations and movements, The March of Time ended its 16 year run with a look at the nation-building efforts in Formosa (modern day Taiwan).93 For years catching an installment of the series before the start of a movie was the only way to have visuals with the news for many. Viewership dropped after the end of the war though, and Time Inc.’s efforts to expand the series into schools and public areas with the addition of Forum Editions, which comprise much of The March of Time’s collection at Indiana University’s Moving Image Archive, ultimately failed to regain the necessary audience.94 The reasons for the production’s downfall are numerous, but the lasting impact the series had on filmmaking can be felt even today.

Several factors contributed to the series ceasing production. With the close of the war, the films being produced were less controversial and political than previous installments. The lack of debate gave audiences fewer reasons to show up, as researchers Bohn and Lichy explain, “Instead of law suits and threats of censorship, The March of Time was winning awards for outstanding contributions to public understanding. However, Time, Inc. could not obtain a profit from awards….”95 The lower quality of programming has been attributed to Louis de Rochemont leaving in 1943, but larger staff shake-ups from war enlistment may have impacted standards moreso.96 Another reason for stopping production was due to the rise of television access in the 1950s. Now, Americans could get moving images in their news without having to leave their homes.97 Between increased marketspace competition, perceived lower quality, and smaller audiences, the company saw tighter margins while having to sustain massive production costs on each film. Eventually, the costs associated with making the series proved too risky to justify, even if the films provided publicity for other Time Inc., products.98

Advances in science were highlighted after the war, such as this footage of brave mouse-tronauts being tested for the effects of weightlessness on eventual human spaceflight.

Through its unique style The March of Time influenced the world, both on-screen and off. The popularity of the film series led to several direct imitations: Canada Carries On in Canada, This Modern Age in England, and This is America in the United States.99 Orson Welles even parodied the series in Citizen Kane, while Oliver Stone drew on the series for Nixon.100 The March of Time is credited with popularizing the documentary genre in America, as the first with mass appeal.101 Others followed, like The Plow That Broke the Plains and the World War II series Why We Fight.102 The combination of re-enactments, integration of news reporting and footage, story organization, and in-depth format are still mainstays of most documentaries and extended news journalism products today. In this way, The March of Time lives on, even as time marched on.

The entire March of Time collection from Indiana University, is accessible here. 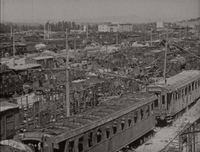 Reconstruction efforts of the post-war period, war-torn Italy depicted here, were common in later issues in the series. These drew less interest with audiences than earlier installments dealing with the fear of war. 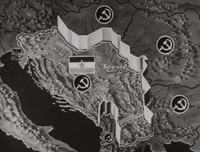 A common theme in post-war installments of the series was the approaching Cold War, shown here through the visual depiction of the Iron Curtain bordering Yugoslavia. 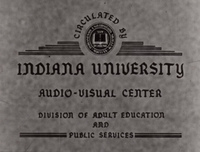 Later forum editions of The March of Time were regularly used by public institutions for educational purposes, this one by Indiana University.

The title for the last issue by the series, Formosa - Island of Promise.