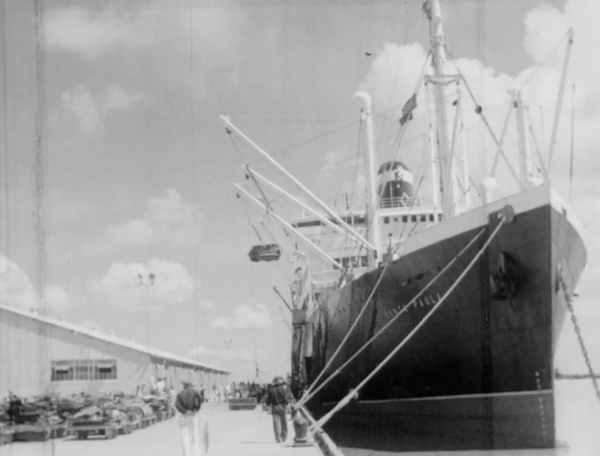 Modern freighters, like this one filmed at Barranquilla, were hard to source due to the war effort.

An immediate problem facing the newly formed OCIAA was solving the export issues facing the western hemisphere due to the war. Fixing this was of utmost concern, as most countries in the region were economically reliant on one major export for survival. Referred to as cash crop economies, these countries were thought to face instability, and possible internal Nazi sympathy, if the situation was not resolved.34 To this end Rockefeller worked with the Import-Export Bank and private corporations to solve the export imbalance by agreeing to purchase large amounts of goods left on western hemisphere docks and stimulate trade by lowering tariffs.35 The federal government also expanded the purchase of vital resources for the war effort, and even began stockpiling more than needed to deny the resources from Axis powers.36 The OCIAA was successful, as the U.S. went from taking a third of the total exports of Latin America 1939 to about half of all Latin American exports by the war’s end.37 Exports could have likely been even higher throughout the war if commercial ships were not in short supply. Little was to be done by the OCIAA, as trading ships focused on European routes and new ships were hard to come by due to the mobilization of the shipbuilding industry.38 Rockefeller, becoming increasingly desperate and fearful of the challenges economic stagnation would have on stability in the western hemisphere even endorsed Wayne Taylor’s plan in 1942 to build wooden ships in South and Central American shipyards.39 The effort only saw 15 active ships, but was taken as a sign of commitment. The easing only came from the eventual capture of Axis ships.40 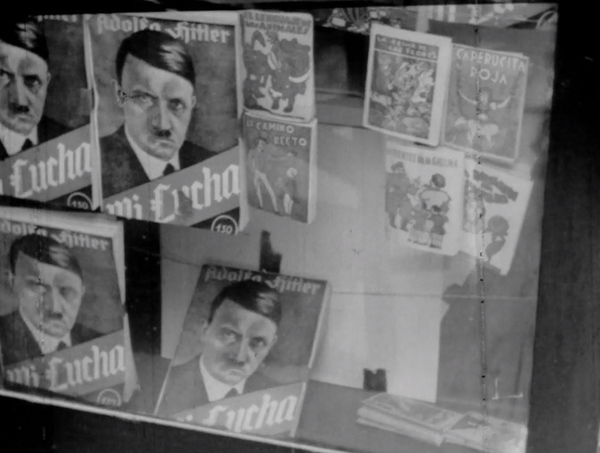 Nazi propaganda, such as these posters in Colombia, were common before OCIAA intervention.

Rockefeller also faced the growing connections between Nazi businesses and South and Central America from the rebuilding efforts by the Germans in the 1930s. To combat this, early in his tenure Rockefeller compiled a list of the identifiable institutions, companies, and people known to do business with, or otherwise be, German sympathizers. He then gave the list to the 12 largest U.S. businesses with dealings in the region, in an effort to have the companies voluntarily cut ties with the names on the list.41 Of the group, 11 did so immediately, with only a single refusal. The unidentified company changed its position after Rockefeller threatened to make the list and refusal public.42 The list eventually trickled down to smaller firms, and by the formal U.S. entrance into the war, 85 percent of the list was considered neutralized.43 Through Rockefeller’s efforts, the U.S. was able to smoothly cut German financial influence out of the western hemisphere, avoiding much of the potential economic shock from trade restrictions. 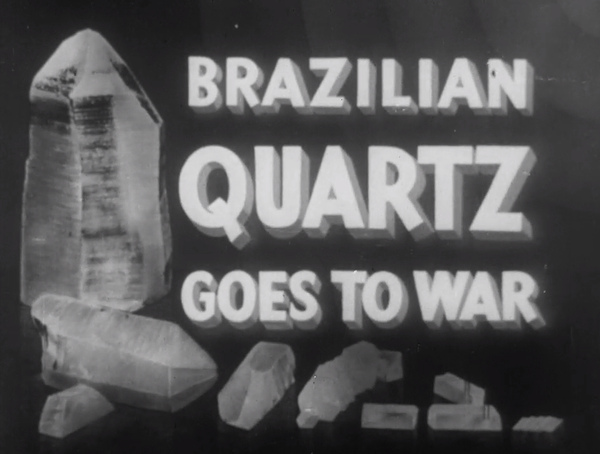 Quartz extraction in Brazil was eeven highlighted in a short film backed by the OCIAA.

With America’s encroaching entrance into the war, the access and supply of strategic war resources was another economic objective of the OCIAA. Natural resources like iron for heavy equipment, rubber for tires on aircraft and vehicles, and mica and quartz for radio and radar equipment were necessary for America’s wartime manufacturing.44 Tremendous amounts of these materials were required to sustain the large operations that would envelop both fronts of World War II. For instance, F. W. Utz, the vice president of the Rubber Development Corporation, in 1945 estimated the usage rate of rubber tires on heavy bombers, saying, “... ‘Many heavy bomber landings consume thirty kilos of natural rubber and in ten to fifteen of such landings the work of aseringueiro [a Brazilian rubber harvester] for one year is consumed.’”45 Latin American resources became even more valuable to the U.S. after Japanese conquests in Asia cut off American supplies of raw materials like rubber.46 The long timeline for starting new production of these vital commodities proved untentitive to meet current wartime demand, thus the already producing rubber trees and mines of the Amazon were targeted.47 Increasing resource extraction would not be easy, as areas rich needed materials were frequently underdeveloped and vectors for diseases.

This brief clip from an OCIAA film shows the connection between American government, host country government, and private philanthropy in targeting disease eradication.

The OCIAA developed a coordinated plan to deliver more vital resources to the U.S. from the western hemisphere. Lacking the funds for broad, continent-wide impact, Rockefeller settled on a targeted approach of resource-rich areas and spaces of potential strategic importance to repel a potential Axis invasion. Due to the position of the country being closest to Africa and the location of resources in and around the Amazon, Brazil received the most attention from the OCIAA.48 A variety of solutions were implemented, aimed at both workers and infrastructure. Projects building and improving roads, airports, and shipping channels around production zones commonly revealed OCIAA involvement either directly or indirectly.49 Several attempts were made at improving worker conditions in strategic industries as well.The OCIAA made it a priority to expand the food supply and nutrition for workers in key industries, and target problematic diseases in specific regions.50 The close proximity of the Amazon rainforest to rubber plantations and mining operations caused frequent outbreaks of malaria and other tropical diseases 51 To combat these tropical diseases, the OCIAA provided financial assistance and skilled workers (i.e., engineers, medical staff) to control mosquito populations to eradicate malaria infections. Partnerships between the OCIAA and host countries were commonly called Servicios. Projects included draining and filling breeding grounds, providing Atebrine tablets for free, and the later spraying of the newly created pesticide DDT.52 These missions were also carried out to limit the challenging conditions U.S. service members would face if having to deploy to specific strategic areas, and for potential base locations if the need to fortify the region arised.53 Even without an Axis invasion, agreements to use or create air bases were used often in Brazil as northern air routes to Europe closed during the winter in addition to being some of the only air routes to supply Africa, China, and India.54 Overall, the targeted efforts by the OCIAA saw progress towards acute objectives for America, but only limited advancement of the region’s industry and standard of living, partly due to the narrow goals of the organization. 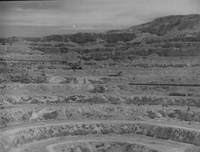 Atacama Desert showcased the heavily foreign-invested copper mine, Chuquicamata, to American audiences highlighting what could be achieved with American capital. 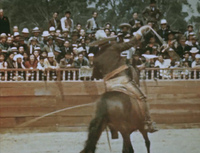 Tourism made up an increasingly large percentage of the region's income, and OCIAA films would encourage American tourism to experience things like this traditional Mexican Charro performance. 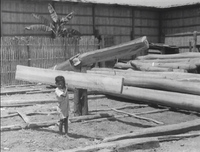 A boy and man carry lightweight balsa wood to be refined, a key resource in aircraft production. 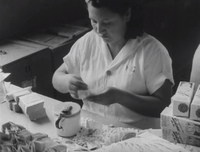 Here an Ecuadorian woman makes Quinine tablets locally for the treatment on malaria.