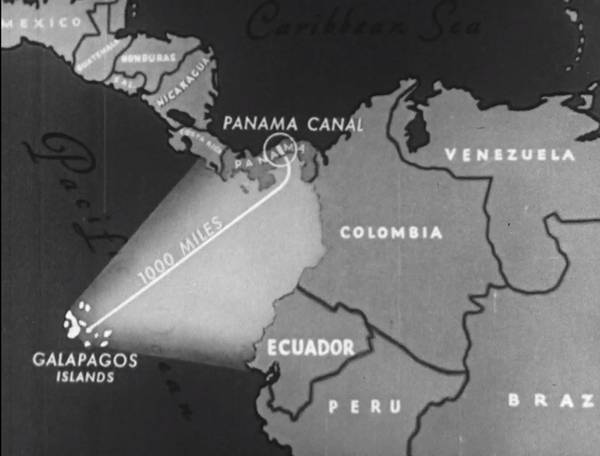 After the end of World War II, the importance of defending areas like the Panama Canal pictured here lower versus stopping communism.

With World War II ending in Europe in May of 1945 and victory declared against Japan in August of the same year. As the OCIAA was issued as a wartime entity, the department's responsibilities were transferred to the Department of State on August 31, 1945.96 In May of 1946 President Truman elected to formally end the OCIAA. The perceived rising threat of communism shifted U.S. concern away from the western hemisphere and towards China, Korea, and Europe.97 Latin America slowly drifted out of the minds of Americans, replaced with the nuclear bombs of the Soviet Union. Thus the work of the OCIAA to form working relationships with almost all the countries in the region came to a halt,98 though the effects of the OCIAA and the Good Neighbor Policy would linger on the economies and politics of the region and the United States and several private philanthropy missions for decades to come.

The transition from European to American influence is shown in a short clip on language skills in a university in Ecuador.

Under the OCIAA, the economies of the western hemisphere shifted trade reliance away from Europe and towards the U.S. Blockades and shipping dangers around Europe halted much of the trade that South and Central America had become dependent on. After the U.S. stepped in to ease trade issues with higher purchase orders, the flow of trade moved towards America and continued even after the war. Friendly trade agreements for the U.S. also kept the flow of goods and resources towards America. Hopes that American capital and professionals would industrialize and diversify the region away from reliance on single export cash crops failed to take hold, leaving most areas in the same economic position they started, just with a new export partner, “Efforts to help economically ultimately resulted in substituting Latin American dependency on the United States for what had been the pre-war predominant dependency on Europe.”99 Amy Kaplan, a western hemisphere scholar, even labeled the American economic and cultural dominance of the region in this period as imperialism, as the U.S. exploited the natural resources of the region and attempted to diminish local cultures in media.100 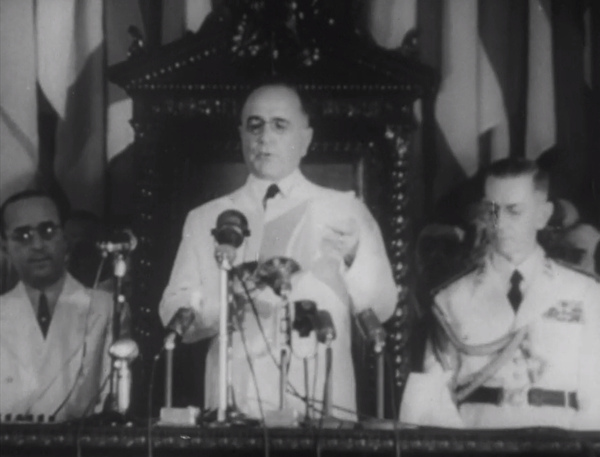 Here Brazilian President Getulio Vargas is shown giving a speech for greater connections with the U.S.

This new reliance on the U.S. posed serious issues for Latin American leaders after the U.S. pullback. The ending of the OCIAA has been credited to the overthrow of the Brazilian leader Getulio Vargas due to the enlarging financial dependence from America nurtured by the administration.101 Other leaders continued in non-democratic, and sometimes brutal rule, after the OCIAA did business with them for years during the war. As long as local leaders were against communism, nazism, and willing to negotiate with America, the U.S. turned a blind eye towards problematic government styles in favor of securing vital resources and strategic objectives in World War II.102 Rockefeller and many in the Department of State naively assumed that democracy would spread throughout the region after the war, but that did not materialize.103 Instead, these dictatorships would continue to be problematic for its citizens and the U.S. into the future. 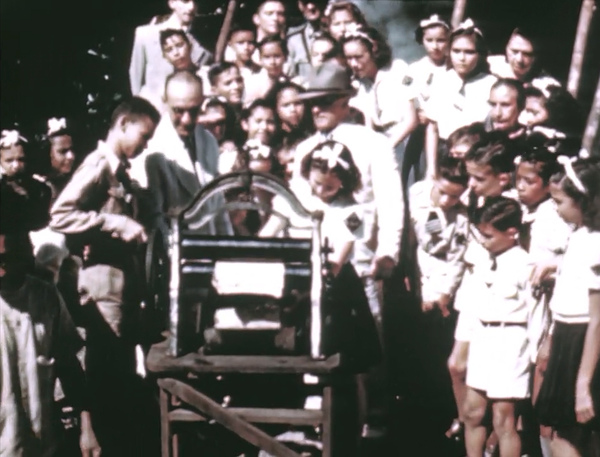 In the years that followed, OCIAA strategies continued to be relevant in U.S. foreign policy. Rockefeller’s collaboration with private aid organizations allowed humanitarian and economic partnerships to continue after the department reverted back to the Department of State. A new foreign policy plan under President Truman in 1949, called the Four Point Program, made foreign aid a permanent activity, with striking similarities in science and industry emphasis to developing economies as the OCIAA had pioneered in the years previously.104 Although President Truman reverted to a military-based foreign policy much akin to “Big Stick” politics with the creation of the Truman Doctrine, which allowed military intervention worldwide against the threat of communism. President Truman also launched major rebuilding efforts in Europe under the Marshall Plan. Importantly, these new policies continued the interventionist approach to world affairs that the OCIAA pushed for earlier.105 As for the OCIAA educational films shown to American audiences, they were used into the 1960s in educational settings.106 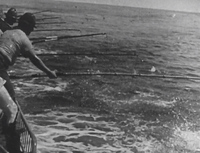 The fishing industry for Ecuador was one area of potential investment to  brought up after the war. 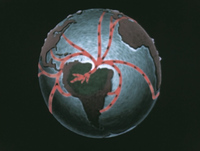 A 1944 animated map of Brazil's export destinations, a reminder of Brazil's importance to global trade. 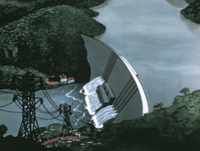 Large infrastructure dreams, like this animated dam in Brazil, lost foreign aid appeal after the war. 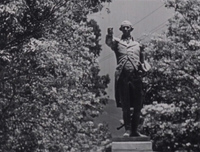 American Presence and influence would remain in South America, like this statue of George Washington in Venezuela.