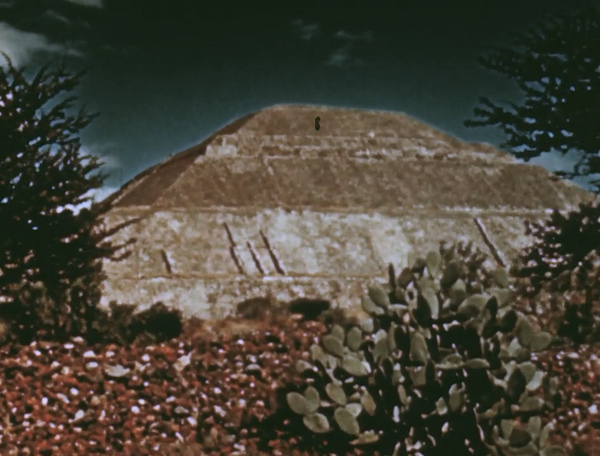 The OCIAA combated stereotypes by focusing on cultural and historical aspects of the region, like this shot of a pyramid at San Juan Teotihuac.

Examining the OCIAA films reveal highly curated depictions of the people of South and Central America formed in response to pressures from the war and complaints by the region about previous portrayals of the area in media. Before the founding of the OCIAA, Hollywood regularly depicted Latin America as inhospitable, and its men as murderers, rapists, and bandits, while Latin American women were viewed as passionate, exotic love interests for the American hero.82 The region took offense to the one-dimensional representations, with Mexico and Cuba launching boycotts of imports of American films in the 1920s.83 The need to sow friendship within the western hemisphere spurred Rockefeller and the OCIAA into refining the portrayals of Latin America in U.S. films, although the outcomes were mixed. Attempting to fix the challenges, the OCIAA sought to highlight the local cultures and spin positivity into films. The results still largely gave unrealistic views of the area while perpetuating standing stereotypes.

Even with moderation, films oftern presented indigenous cultures of the western hemisphere through an ethnocentric gaze, like this clip from This Is Ecuador.

To address the image issues in American motion pictures the OCIAA created a moderation organization to challenge films with questionable depictions. This censorship body, called the Motion Picture Society for the Americas (MPSA), was composed of Hollywood agents, studio executives, and other film industry insiders. At the helm was Addison Durland, a Cuban-born film industry specialist in Latin American affairs.84 Durland and the MPSA worked to promote the authenticity of Latin America in films and the inclusion of the region in media.85 Moreover, the OCIAA encouraged the inclusion of actors from the region.86 The organization, together with the OCIAA’s division on films, even had the power to recommend the re-shooting of scenes or the remixing of soundtracks before qualifying films for release to Latin American markets.87 Some films were withheld entirely from the region, like the famous film Mr. Smith Goes to Washington, which was suppressed for fears of negative portrayals of American democracy.88 The OCIAA preferred having a private organization of industry professionals moderate film releases to limit labels of propaganda likely to form from heavy-handed direct intervention in film production and regulation.89 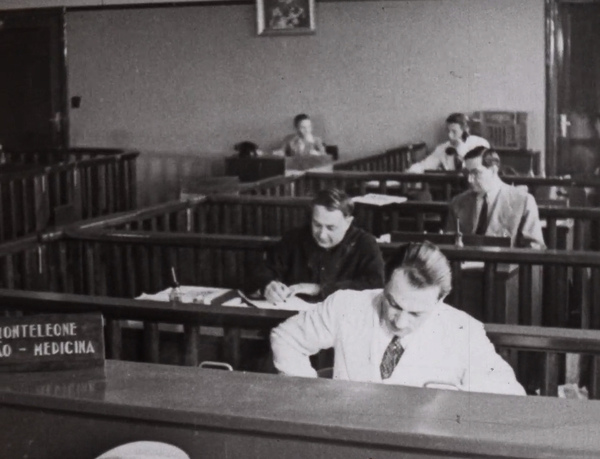 Professional roles were often depicted as male dominated, as in this shot of newspaper reporters at their desks.

The portrayal of the western hemisphere as modern and similar to the U.S. was evident in regulation efforts. This was especially apparent in educational short films financed directly by the OCIAA and directed for U.S. audiences, which make up the majority of the content held by Indiana University’s Moving Image Archive. These films often center on Latin American institutions and directly compare them with American counterparts to connect similarities between the populations and modernized industrial techniques.. For instance, in the film Brazil Gets the News, a short educational film exploring a São Paulo newspaper, an intertitle directly compared the Brazilian city with the industrial American city of Detroit while the narrator examines the modern printing practices of the newspaper.90 Other films, like Colombia: Crossroads of the Americas, showcased the pockets of modern upper classes which resemble the wealthy of the U.S. complete with western formal attire, as it highlighted the extensive natural resources just a foreign investment away from utilization.91 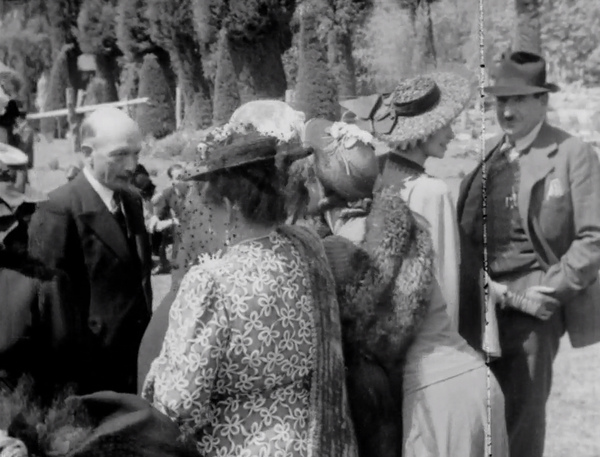 Images of high society, like this exclusive Colombian garden party, could misrepresent the living conditions of citizens for viewers.

These new depictions of the region were not without criticism. The emphasis on wealthy and western upper classes gave an unrealistic view of the situation, “The attempt to present Latin America positively frequently generated a limited and over-prosperous rendering of the region, projected in terms of the aspirations of a cosmopolitan white elite.”92 The effort to create more authentic representations in film resulted in problems as well. Few specific cultures were presented, and instead a generic “pan-Latinness” was typical in both visuals and soundtracks.93 Films in vastly different locations around the western hemisphere often used the same generic samples when making soundtracks, likely to satisfy MPSA requirements, leading audiences to mistakenly believe the region was more united culturally than in reality.94 The multitude of private and public releases proved hard to coordinate, and while some stereotypes of violence and criminality faded, new assumptions of Latin Americans as overly cooperative and in need of assistance rose.95 While a mixed bag of progress, the films served their purpose of creating awareness of the region among Americans and the strength and close connection of the U.S. to the area. 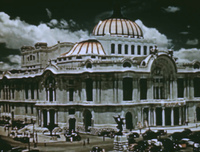 Cultural institutions, like the Palace of Fine Arts in Mexico City pictured above, were also emphasized when presenting a region's complex culture. 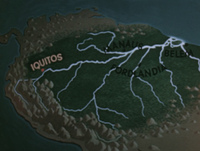 By focusing on major landmarks that transcend borders, as in the animated Map of the Amazon River shown above, OCIAA films often downplayed the divisions of countries and encouraged a sameness in the region. 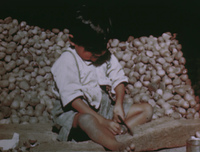 The boy above is hard at work making buttons out of tagua. Less flattering images, like child labor, tended to be glanced over or presented positively. 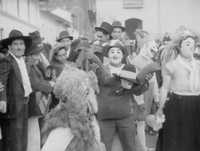 Imagery, like this indigenous dance filmed in Colombia, would likely not have been recorded and shown to American audiences without new OCIAA emphasis.