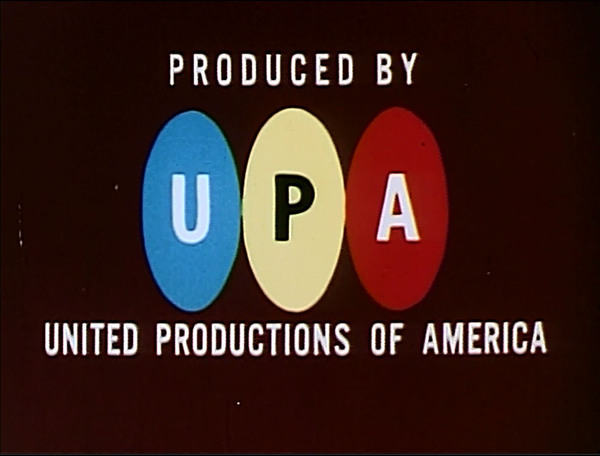 It wouldn't be out of line in any sense to proclaim that United Productions of America (UPA) pioneered the "modern cartoon." Midcentury America was a time of fantastic design innovation and experimentation across a wide swath of cultural and industrial institutions, and cartoon style, largerly through the work of UPA, helped define and influence this moment. A new configuration and engagement with materials, space, and abstract form by artists and industry alike sought to reflect and convey a new, modern America in the wake of WWII.

Dan Bashara's insightful examination of midcentury modernism and UPA, "Cartoon Vision: UPA Animation and Postwar Aesthetics," lists the features that defined UPA's modernism. He writes, "The qualities that made UPA stand out - an abstract, graphic sensibility marked by simplified shapes, bold colors unmodulated by rounding effects or shadow, and a forceful engagement with the two-dimensional surface of the frame, as well as an insistence on using human characters - convinced audiences that it was aiming for an adult demographic while also retaining a childlike heart, positioning itself as a popular explorer of the human condition."

These design elements are clearly visible in one of UPA's most popular cartoons, The Jaywalker, which was nominated for an Oscar in 1956. A social tale grappling with one man's dangerous obsession with jaywalking, The Jaywalker offered UPA the creative landscape to approach the inherent patterns, movement, and colors of traffic with an abstract modernsim. Wildly inventive sequences are often reduced to a kinetic flurry of strobing colors and simple shapes. Headlights transform into golden pairs of racing orbs, street lights scream declarations, and solid backgrounds offer a blank canvas for rendering the postwar explosion of automobile traffic in all its vivid fury. 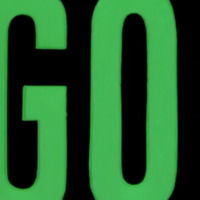 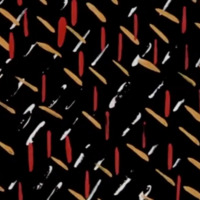 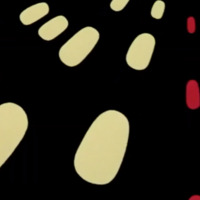 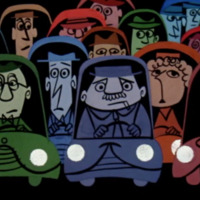 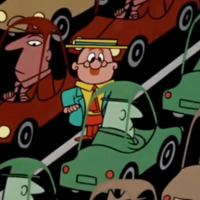 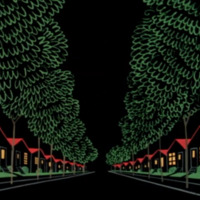 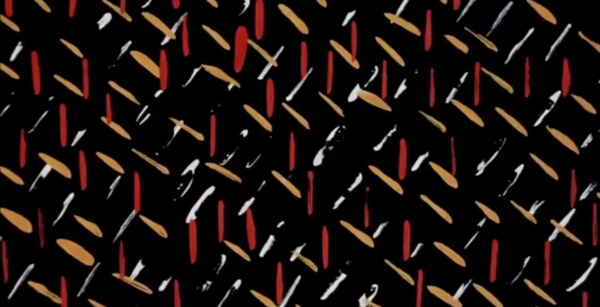 These modernistic innovations are most easily revealed in comparison to the animation design of Disney Studios, marked by a fully realized, three dimensional naturalism. In fact, Stephen Bosustow began working as an animator and writer at Disney in 1934 before leaving the studio after a bitter labor strike in 1941. Bosustow founded UPA in 1943, initially named Industrial Film and Poster Service, with Zack Schwartz and David Hilberman, both ex-Disney employees, and catered initially to the sponsored film market. Without the financing of a major studio like Disney though, their animation style had to change, and this initial constraint led to a more efficient, sparse, and abstract style.

The process that allowed for this style of streamlined animation is known as "limited animation." It can be compared to "full animation," whereby a cartoonist draws twenty-four images for every second of film time, recreating the cinematic ratio simulating lifelike movement. Limited animation relies on less images per second, such as twelve, eight, or even six frames per second, and only redrawing parts of a frame where movement is occurring. Movements are often repeated and recycled to convey action, instead of creating an entirely unique progression of movement. While the features of limited animation necessarily save time, labor, and money, they were combined by UPA with innovative graphic abstraction that didn't simply reduce their style to a matter of economic survival. It was a combination of the limited animation process and their creative graphic abstraction that reflected the cultural and aesthetic developments of midcentury America. Bashara neatly and definitvely sums up UPA's influence on midcentury, modern animation style: "By the mid-1950s, UPA style had become cartoon style."

The success of their stylistic approach was clearly evident by the early 1950s with a string of Academy Award nominations and the Oscar in 1950 for Gerald McBoing-Boing, featuring a boy who could only speak in sound effects struggling to find his place in the world. In an ironic and validating twist of fate, Disney Studios released several cartoons in 1953 mirroring the animation style of UPA, including Adventures in Music: Melody and Toot, Whistle, Plunk and Bloom, clearly riding the animation successes UPA garnered that ultimately reflected the culture, design, and innovation of modern America. 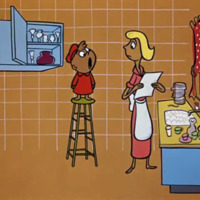 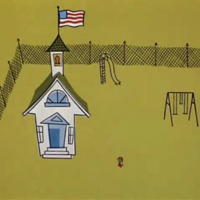 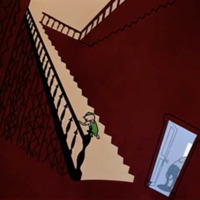 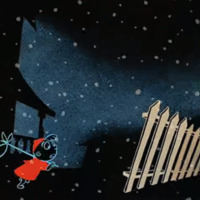 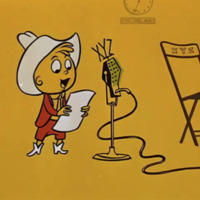 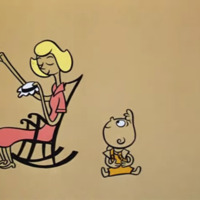 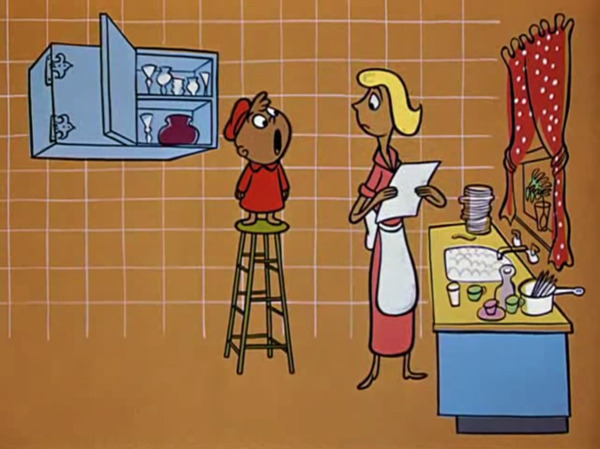 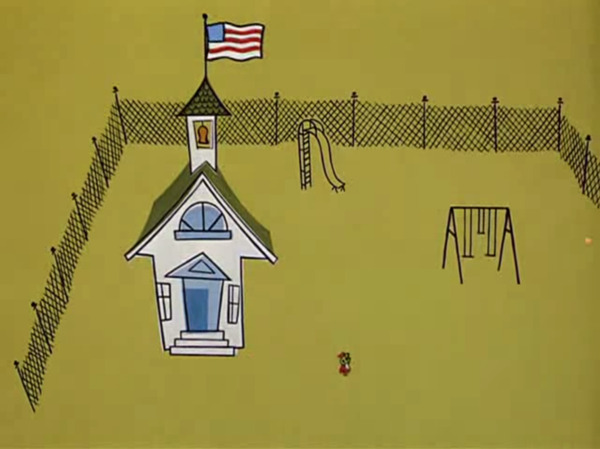 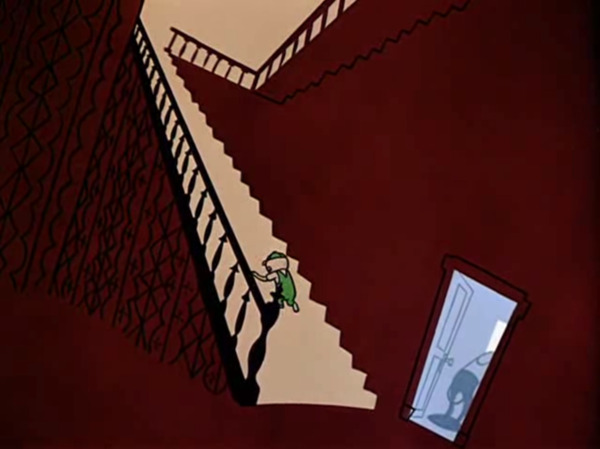 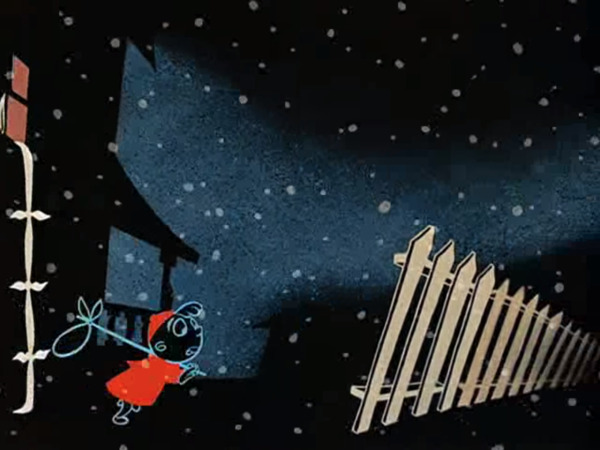 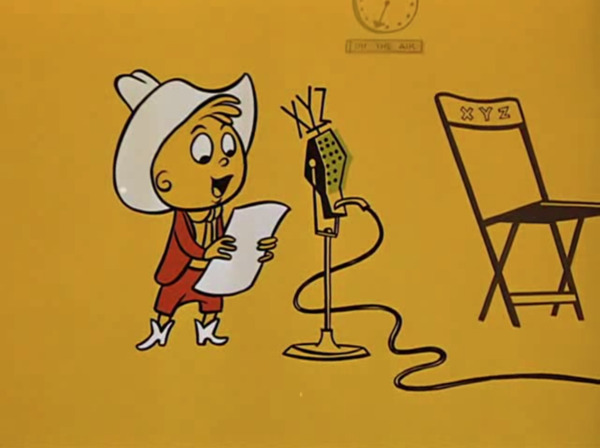 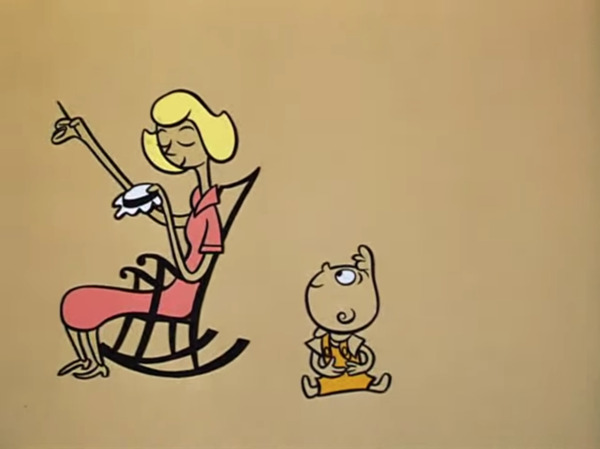