Shrunken, Brittle, and Smelly: Extreme Conservation for a Deteriorated Collection 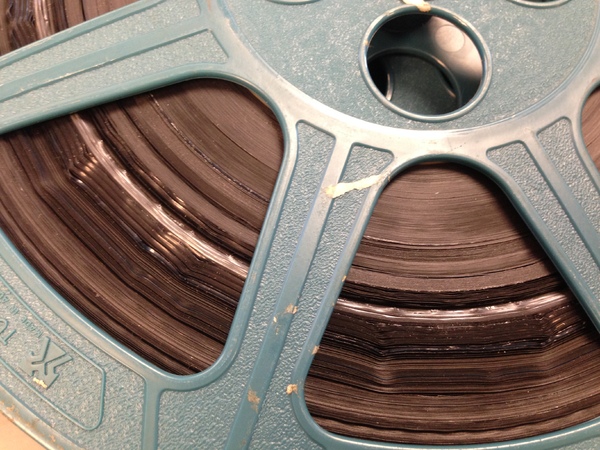 It was clear when the McRobbie collection first arrived at the IU Libraries Moving Image Archive it would need extensive repair, cleaning, and conservation work. The films gave off a pungent vinegar smell, they were clearly shrunken, and extremely brittle, but don’t be too harsh on them. If you were stored in an Australian barn for decades you might need some extra care and attention too! Cue the experts at Colorlab, a full-service motion picture lab in Rockville, Maryland, specially equipped to handle severely damaged and deteriorated films. If it wasn’t for their patient and meticulous conservation work the McRobbie home movies might never have seen the digitized light-of-day. Several years and lots of hard work later these films have a second chance at life, and as you’ll see, they are a magnificent historic, cultural, aesthetic, and personal example of what home movies can offer.

It was quickly discovered that all of the McRobbie home movies suffered from severe vinegar syndrome, which results from a chemical reaction that occurs as cellulose acetate deteriorates, producing a distinct vinegar smell. The process contributed to a host of other problematic symptoms, including high shrinkage, crazing, cupping, and fading. In short, the film’s condition made any simple digitization job impossible. Europe 1 (part 1) bears the most severe and persistent marks of deterioration. The series of stills below reveals damage ranging from image waving and speckled discoloration to the near total deterioration of the image. 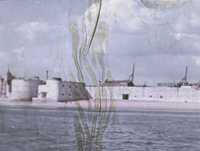 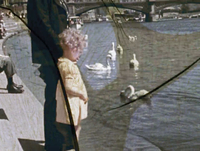 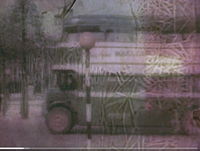 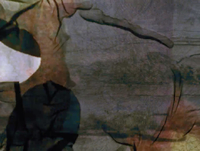 The films would require a strategic combination of conservation techniques, beginning with replasticization and redimensioning. Some of the films had to be slowly, very slowly, like several months slowly, replasticized in the lab to temporarily retake their original shape and size. Colorlab’s replasticization process uses a chemical solution comprised of acetone, glycerin, and water to soften the base of the film so it can be flattened enough to pass through a scanner safely.

While effective, replasticization is truly a last-ditch effort because its effects are only temporary. The films will eventually revert to their previous state, and often, end up in worse condition. Several less damaged films were also treated by redimensioning, a proprietary Colorlab process using heat and pressure to restore film. After these treatments the films were repaired and cleaned (sometimes by hand because of the nature of the damage). Then it was on to digitization!

Even after all of these treatments and repairs a specialized Kinetta Archival Scanner was required to digitize the films. Utilizing sprocketless movement the Kinetta scanner is adept at handling brittle, shrunken films. A standard, sprocketed scanner would have severely damaged the collection. After all of this the films still needed color correction and some stabilization because of the shrinkage. It was truly a monumental effort, and a special thank you is in order to Pat Doyen, AJ Rohner, and the whole Colorlab team for their meticulous work on the collection.

← Home Movies and the Art of the Title Card
Shrunken, Brittle, and Smelly: Extreme Conservation for a Deteriorated Collection