One of the most surprisingly beautiful, diverse, and exciting films in the McRobbie collection is Europe 1 (part 2). The film opens in stark black and white on what at first seems to be a ghost ship at sea. There are no people to be seen on the eerily silent passenger ship. Coupled with darkly compelling compositions, including a mesmerizing porthole sequence and frames within frames, these elements create what could be a sequence pulled directly from an expressionist horror film from F. W. Murnau or Robert Wiene, but then a woman in a white dress emerges from the shadows into a beam of sunlight, as if to signal that all is well – you're still watching a home movie. Following this bemusing opening sequence our journey proper truly begins with a transition to color footage. 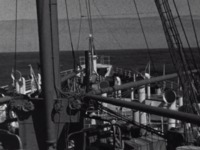 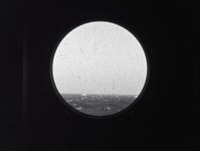 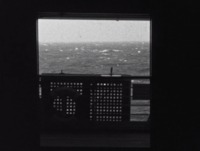 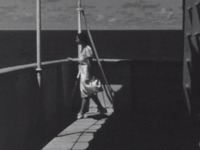 The first title card informs us of a stop in the port city of Colombo, in Ceylon, which is what the British named Sri Lanka after their conquest of the Dutch, who had seized control of the island since the mid 17th century. Ceylon became a British crown colony by way of the Treaty of Amiens with France in 1802, and British imperalism would reign over the island for nearly 150 years. In 1948, though, a growing nationalist sentiment saturated society and culminated in the independence of Ceylon with a new constitution, but it wasn't until 1972 that Ceylon would become the Republic of Sri Lanka.

Footage from the port city of Colombo shows bustling urban streets packed with merchants, children, and travelers speeding about with cars, rickshaws, bicycles, and even on elephants. Crowds quickly gather for their chance to be immortalized on film, but we're not in Colombo long before we’re quickly shuttled off to Yemen, Egypt, Italy, France, and England in a country-hopping whirlwind of a tour. 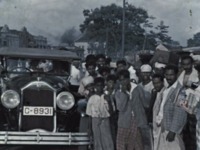 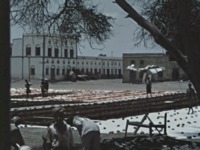 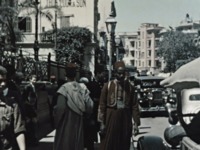 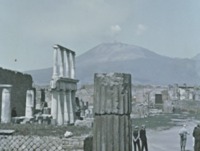 From the bustling harbor of Colombo in Sri Lanka to the ruins of Pompeii below a smoldering Mt. Vesuvius to the watchful eyes of the Sphinx in Giza, the film hits many of the expected tourist highlights but with a capricious eye for the unexpected beauty of travel. The necessary link between the many locations in the film is a large passenger ship, revealed in several sequences, offering ample opportunity for capturing unique compositions. The porthole perspective shot from the opening sequence is repeated several times throughout the film and a phenomneal sunset at sea are just a couple examples of the film's compositional beauty. 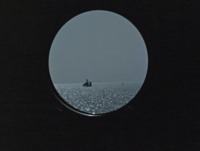 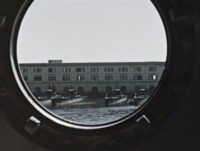 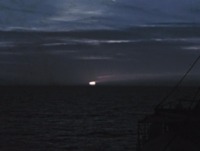 Although, if looking closely these elegant shots are tinged with ominous signs of wartime. The magnificent smoldering of Mt. Vesuvius is foregrounded by gunships in the Naples harbor and one of those unique porthole shots hosts a row of submarines. The film closes with extended footage from London of wartime propaganda publications and signage, as well as the Guard Mounting and Trooping the Colour ceremonies. While every film in the McRobbie Family Home Movies offers a host of interesting locations and images, Europe 1 (part 2), presents a unique blend of diverse travelogues, wartime escalation, and artful compositions. 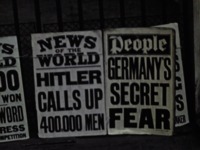 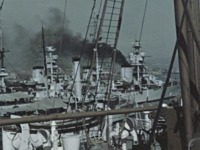 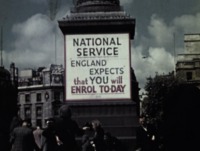