Herman B Wells traveled out of the country for the first time in 1940. His destination was Mexico. The three films that correspond to this trip are "Mexico #1 Train," "Around Mexico City and the Bullfight," and "Taxco." Wells would return to Mexico once more as Indiana University President for the International Association of Universities III General Conference in Mexico City, September 9-12, 1960. He was accompanied to the conference by his mother and his assistant, Peter A. Fraenkel. Click an image to watch a movie. 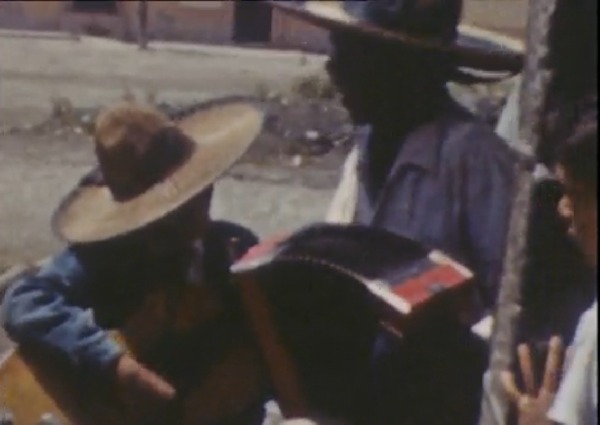 This video depicts desert scrub, a lively market in front of the Hotel Regis, a mariachi band, ordinary people engaging in everyday affairs, a train of the "Ferrocaril nacional de Mexico" company, a flower garden, colonial style architecture, and the pyramids at Teotihuacan. Teotihuacan, located about 50 km from present-day Mexico City, was a grand pre-Colombian city whose origins remain a mystery. What we do know is that the site was abandoned in the mid-seventh century, and that the Aztecs found it and claimed it as their own during the height of their empire, the fifteenth and early sixteenth centuries. Notable clips from the ancient city are the Pyramid of the Moon at 3:32 and the monstrous Pyramid of the Sun at 3:40. Clearly these sites interested Wells, as he spent much of this movie focusing on them.

More on Teotihuacan can be found at http://whc.unesco.org/en/list/414 and at http://science.nationalgeographic.com/science/archaeology/teotihuacan-/. 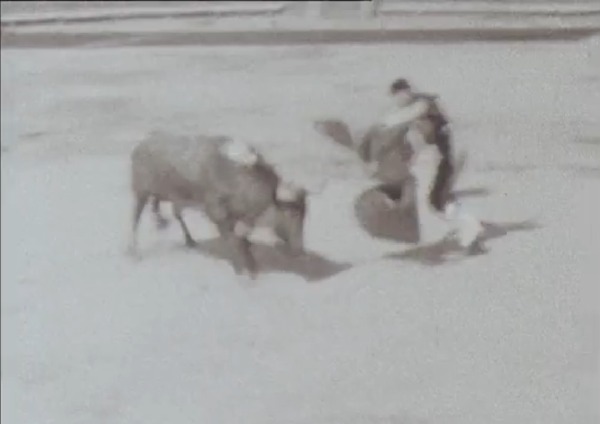 A matador and his bull

"Around Mexico City and the Bullfight" depicts more colonial architecture, civilians walking in the street, a market, nature, a boat ride, and approximately two minutes of a bullfight. 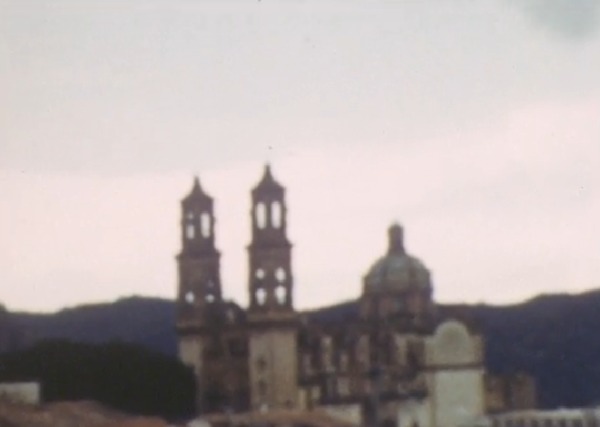 "Taxco" was filmed in Taxco, Mexico, an old mining town famous for its silver production. The movie depicts the architecture of the town, which was built into a hillside with highly irregular slopes; the striking Santa Prisca cathedral, which is central attraction of the city; the ordinary people as they tend to their daily business; and a natural waterfall, jungle vegetation, and tropical flowers nearby.