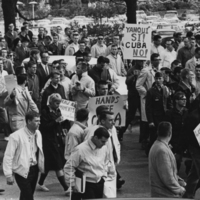 Student Demonstrations at IU in 1970 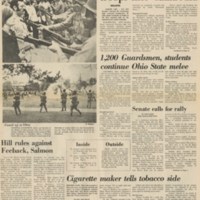 Student unrest was at a high point in 1970 after nearly a decade of student protests at Indiana University, especially towards the end of the 60's. It was no surprise, then, that this unrest reached a boiling point when President Nixon announced U.S. involvement in Cambodia. This exhibit documents the events of the I.U. Cambodia Strikes of 1970, including the initial response to Nixon's announcement of U.S. involvement in Cambodia; campus reactions to the Kent State shootings; and the days following the rally. Most of the archival materials in this exhibit come from the Indiana Daily Student newspaper and the Arbutus, IU's student yearbook.